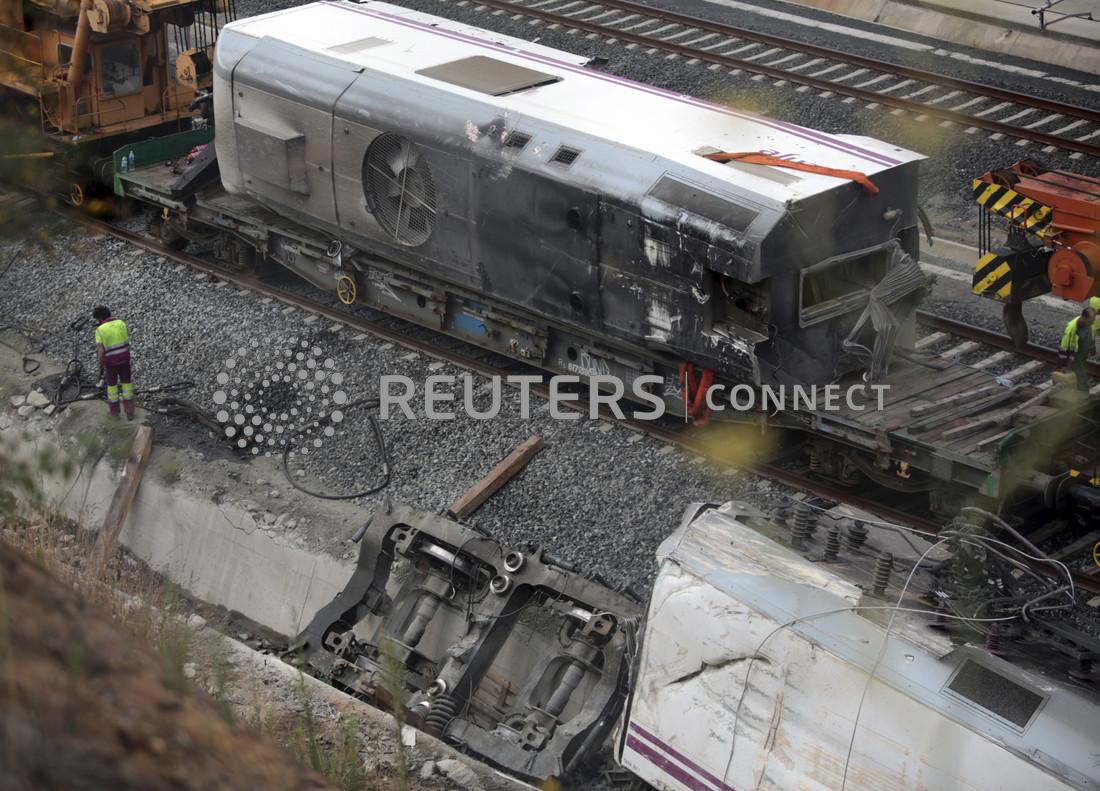 MADRID (Reuters) -The trial of a Spanish train driver and a former head of traffic safety at national rail-infrastructure operator Adif over a train disaster that killed 80 people in the summer of 2013 kicked off on Wednesday, with a protester punching one of the defendants in a scuffle outside the courtroom.

In the country’s worst rail accident in decades, another 145 people were injured when the eight-carriage, high-speed Alvia 04155 train veered off the track on a sharp bend near the northernwestern Spanish city of Santiago de Compostela, slamming into a concrete wall and bursting into flames.

The Rail Accident Investigation Commission, which is under the Transport Ministry, concluded in a report that the accident was caused by speeding and the driver, Francisco Jose Garzon, being distracted by a call from a superior.

However, the Association of Victims of Alvia 04155, one of two organisations representing the victims, blame the accident not only on human error but also on the railway’s security systems.

Garzon’s lawyer, Manuel Prieto, told reporters on Wednesday that there were safety flaws on the railway. Neither Adif’s former head of traffic safety, Andres Cortabitarte, nor his representatives commented on the case. He previously told a parliamentary commission in 2018 that he was not responsible for the safety of the line in question.

One of the protesters punched Cortabitarte in the back as he was escorted by police while he was jeered at by bereaved relatives of victims of the accident.

TV footage outside the courtroom in Santiago de Compostela in Galicia, in Spain’s northwest, showed the aggressor being taken aside by a policeman.

The prosecutor is asking for both defendants to be imprisoned for four years and disqualified from their professions. They are charged with 80 offences of manslaughter by gross professional negligence, 145 offences of injury and one offence of damages.

Earlier this week, members of the association protested in front of the Spanish parliament in Madrid requesting justice.

“There are people who are no longer here, they have passed away. There will never be justice for them,” spokesman Jesus Dominguez told national broadcaster TVE on Wednesday before the trial started.

The proceedings, held in a cultural centre in Santiago de Compostela, are expected to last months with more than 700 witnesses and experts taking the stand.