James Murdoch resigns from News Corp board over editorial differences 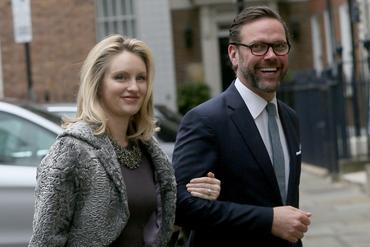 The departure of the son of 89-year-old Rupert Murdoch would leave the News Corp board with 10 directors. Picture: REUTERS.

(Reuters) – James Murdoch resigned from the board of News Corp (NWSA.O) on Friday, citing disagreements over editorial content at the company founded by his father, conservative media mogul Rupert Murdoch.

The company owns The Wall Street Journal, known for its conservative editorial page, and Rupert Murdoch has counseled world leaders, espousing his philosophy, but son James over the years has moved to the left.

James Murdoch and his wife Kathryn in January condemned the organization’s coverage of climate change, particularly for denying the role of global warming in Australia’s devastating fires.

“My resignation is due to disagreements over certain editorial content published by the company’s news outlets and certain other strategic decisions,” Murdoch said in his resignation letter.

A Harvard dropout and co-founder of a hip hop music label, the younger Murdoch was formerly chief executive of Twenty-First Century Fox, before most of its assets were sold to Walt Disney.

The departure of the son of 89-year-old Rupert Murdoch would leave the News Corp board with 10 directors.

A representative for Murdoch declined to comment beyond the resignation letter.

The move comes a week after a group of WSJ journalists sent a letter to its publisher, asking for a clearer delineation between its news and opinion divisions, while citing the latter’s “lack of fact-checking and transparency.”

“As long as our proprietors allow us the privilege to do so, the opinion pages will continue to publish contributors who speak their minds within the tradition of vigorous, reasoned discourse,” WSJ’s editorial board said in response.