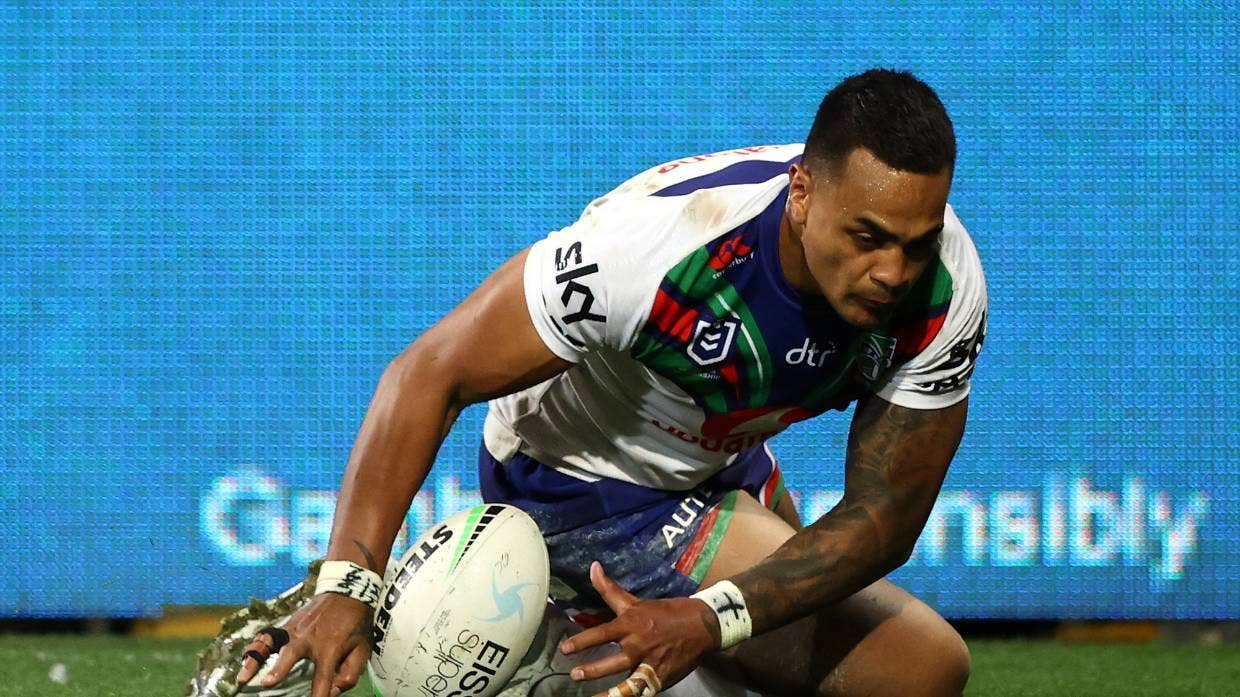 Ken Maumalo has scored five tries in 10 games this season for the Warriors. Picture: STUFF SPORTS.

Last weekend wad the Magic Round and depending on people’s view, it was ruined by the referees’ clampdown on foul play.

In total, there were 14 players sin-binned and three sending offs over the eight games. It led to Raiders coach Ricky Stuart saying the clampdown was giving other codes a leg up, while Bulldogs coach Trent Barrett said the game would become Oztag, which is a non-contact variation of the game for social players.

But Maumalo says he supports the NRL’s new hard-line stance, as it’s done with the players’ safety in mind.

“I reckon it’s a good rule, especially for the well-being of the players,” Maumalo said.

“Peter V’Landys (ARLC chair) has hit it on the head when he said they wanted the players to go back to their families after footy. If anything, he’s just trying to look after the welfare of the players.

“I guess it’s a rule they want to be strong on and I don’t blame them.”

There is no hint of officials looking to back down from their stance, so if players don’t adjust and lower the height of their tackles, they’ll continue to be sent to the sidelines and it’s the teams which adjust the quickest who’ll benefit.

“It will take a bit of time for the point to get across,” the 26-year-old Maumalo said.

“The way we train is going to have to change, in terms of our tackle technique and where we want to hit.