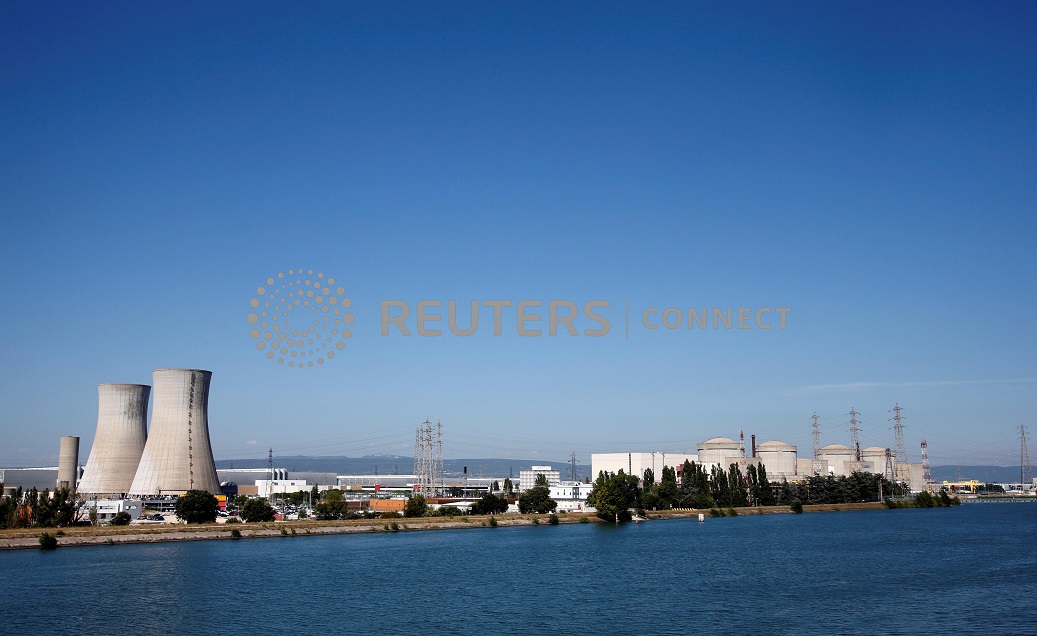 PARIS (Reuters) – An unseasonably warm May has led to high water temperatures in several rivers throughout France, putting some nuclear plants’ output at risk during a period of historically high unavailability, Refinitiv Eikon data showed on Wednesday.

River water is often used for cooling reactors before being returned to the the river at a higher temperature.

Regulations are in place that limit reactor production during times of high heat to prevent the process from damaging local wildlife.

Because river temperature is closely correlated to air temperature, the recent heatwave in France would need to abate to reduce the risk of environmental outages.

Most rivers with power plants have an upper limit between 26 and 30 degrees Celsius for cooling, so critical supply losses would only take place if daily average temperatures are above the river’s maximum for at least a couple of weeks, the Refinitiv analysts said.

However, even with a spell of cooler weather, the situation is unlikely to simply disappear as we head into a warmer season, they added.

“The latest forecasts indicates that temperatures at Bugey and Tricastin will be below warning levels later this week, while Blayais will stay above warning levels and risk needing to down-regulate, if at nominal power,” said Refinitiv analyst Stefan Soderberg.

The current warning levels at the Blayais plant indicate that it is still lower than the maximum allowed temperature but above the level where supply reduction is needed to comply with regulations, he added.

French nuclear supply stood at a much reduced 50% of available capacity on Wednesday, with a slew of reactors having gone offline in recent months owing to issues with corrosion found in the welding of reactor safety circuits. [POWER/FR]