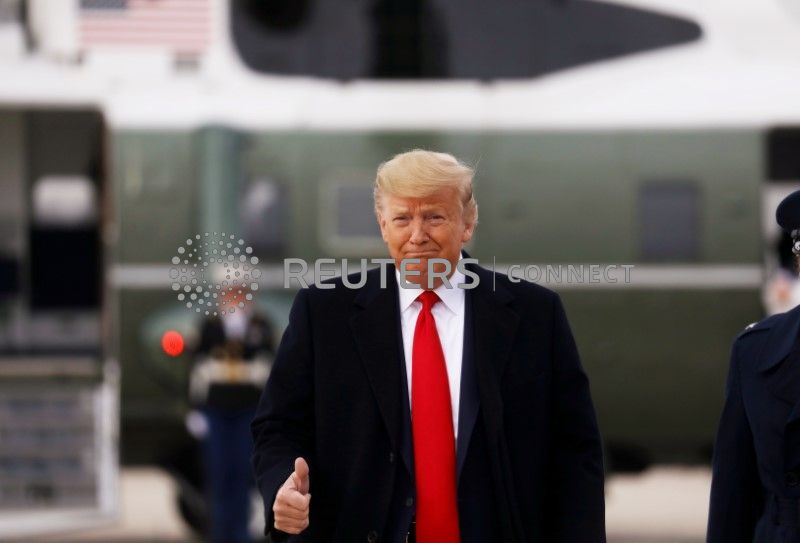 U.S. President Donald Trump gives a thumbs up as he boards Air Force One for travel to Florida at Joint Base Andrews, Maryland, U.S. January 23, 2020. REUTERS/Leah Millis

ABOARD AIR FORCE ONE (Reuters) – U.S. President Donald Trump said on Thursday he will release his long-awaited peace plan for the Middle East before Israeli Prime Minister Benjamin Netanyahu visits Washington next week.

Speaking to reporters on Air Force One en route to Miami for a political event, Trump said Palestinians might react negatively to his plan at first, but that it would benefit them.

“It’s a great plan,” said Trump, who will meet with Netanyahu at the White House on Tuesday. “It’s a plan that really would work.”