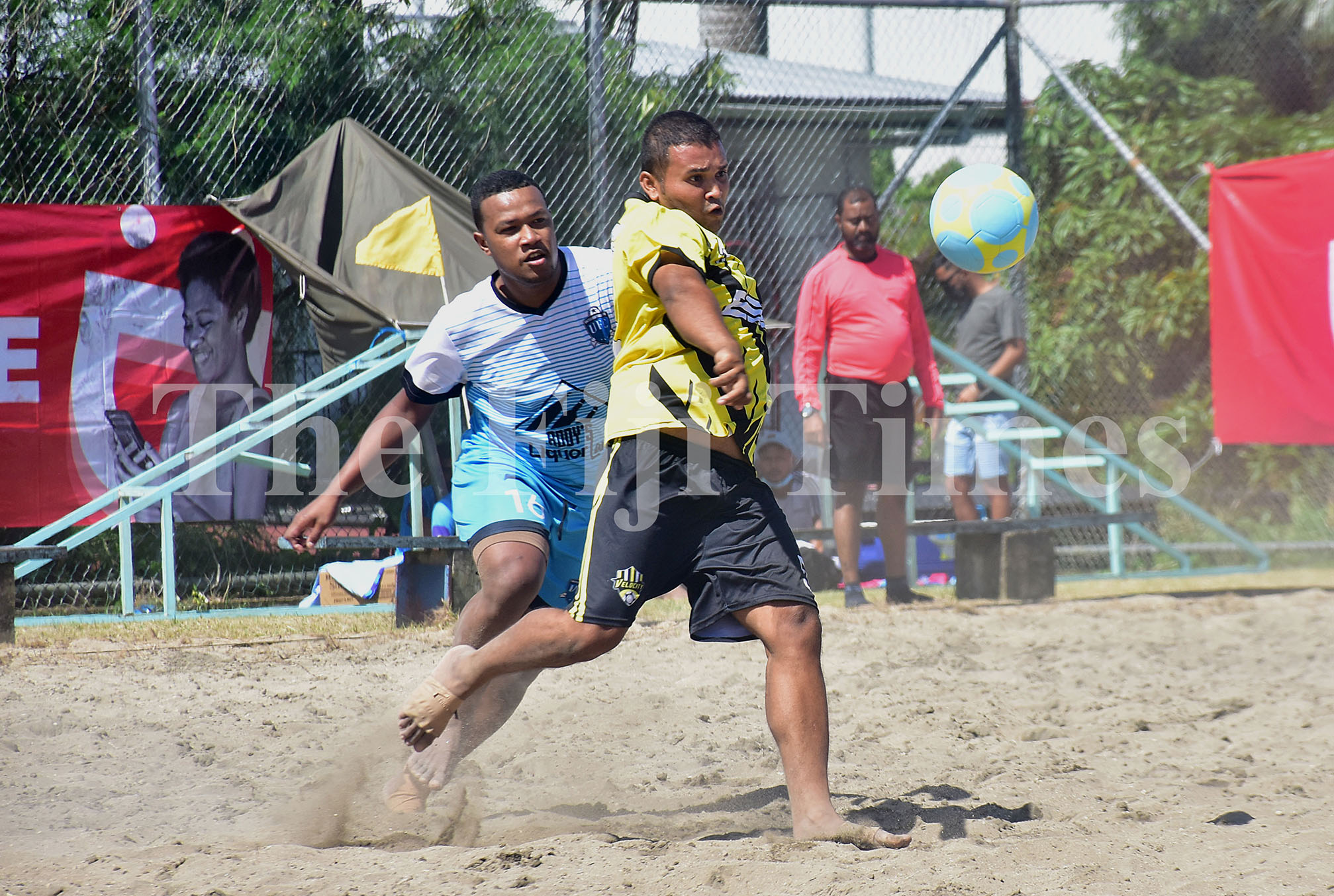 Four teams have confirmed their spots in the semi-finals of the Digicel Beach Soccer Championship to be held at the Fiji Sports Council Beach soccer
pitch today.

United Beach Soccer Club and Blue Demons have qualified from Pool B while United Brothers and Sand Sational have made it through from Group A.

The opening of competition yesterday saw United Beach Soccer Club and United Brothers coming through undefeated from their pools after three
matches.

United topped Group B to qualify for the semi-finals.

Blue Demons qualified as the runner-up from this group.

The side beat Sand Sational in their first game 2-1, beat Gully Boys 2-1 in the second outing before downing Code Black 3-1.

Sand Sational will be the second team from pool A in the semi-finals today.