‘State has run out of money’ 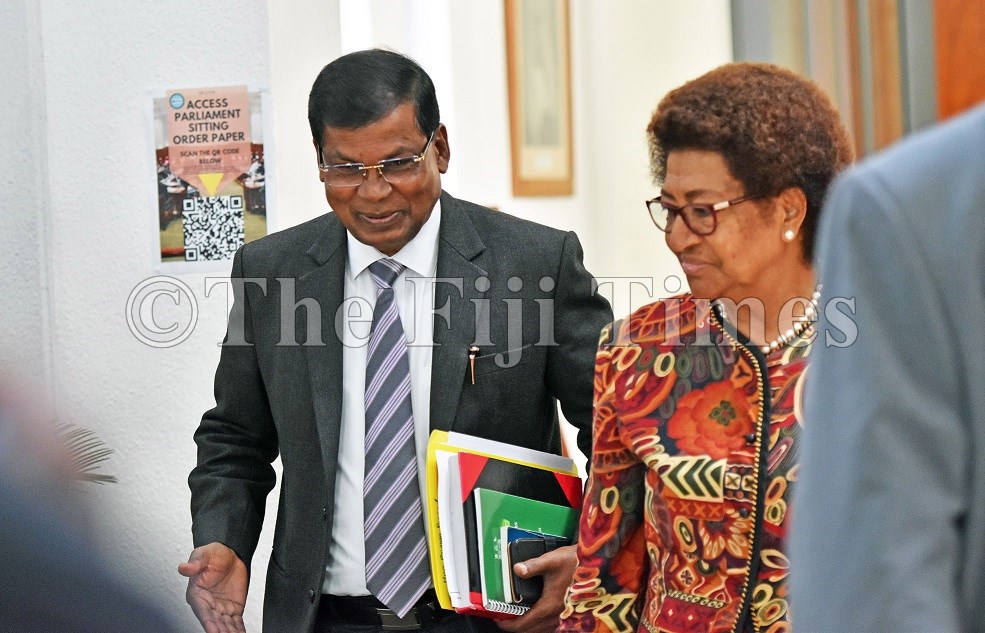 GOVERNMENT ministers have told members of the Opposition that “Government is running out of money”.

National Federation Party leader Dr Biman Prasad yesterday made the comment in Parliament while speaking on a debate on the review of the Ministry of Employment, Productivity and Industrial Relations 2014, 2015 and 2016 annual reports.

“They all know that they have run out of money,” he claimed in Parliament.

“All the ministers there, all of them, I can tell you but I will not name them, but privately all of them tell us that Government is running out of money.”

Ministers from the Government bench shouted “who, who, name them” as Mr Prasad continued.

“They have had to cut the expenditure by a billion dollars and when we call out; they say Government doesn’t have money to do all the things they had promised in the budget.”

Mr Prasad said a $1 billion cut in the budget meant Government wasn’t able to fulfil some of its obligations.

“You say you will do this in the budget and then you don’t have the money, what do we say? We have to say you have run out of money.

Minister says he will defend himself from allegations of misconduct

‘I will continue to fight for the people’