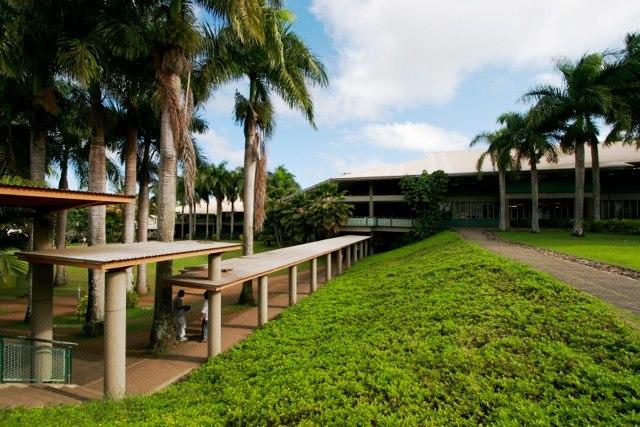 The ongoing stand-off between the University of the South Pacific’s host country Fiji and its governing body, the USP Council, has put the regional institution’s future under scrutiny.

The latest crisis came to a head three weeks ago when the whistleblowing vice-chancellor and president, Pal Ahluwalia, and his wife were sent packing by Fijian authorities over accusations the couple breached provisions in their work permits.

The government claimed the Ahluwalias’ conduct was ‘prejudicial to peace, defence, public safety, public order, public morality, public health, security, or good government of the Fiji islands’ as stated under the Immigration Act.

On 3 February in the dead of night, police and immigration officers descended on the couple’s Suva home. They were whisked away to Nadi International Airport and put on the next flight to Brisbane early the next day.

Many have expressed how this is not only legally questionable but everything happened at such high speed, there was no consultation, let alone due process.

The couple have completed 14 days’ of Covid-19 quarantine in a Brisbane hotel and are now left to contemplate their future.

In a statement issued on February 24, Chancellor and Nauru President Lionel Aingimea said he had invited Ahluwalia to Nauru. 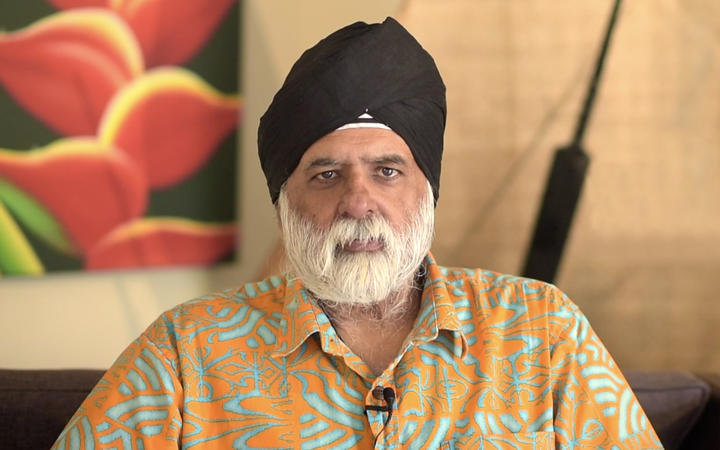 Ahluwalia was appointed Vice-Chancellor and President in June 2018 but he did not take up the role until November when the 10-year tenure of his predecessor Rajesh Chandra ended. Chandra was seen to be close to the government.

Ahluwalia arrived in Fiji from the United Kingdom’s University of Portsmouth where he was Pro Vice-Chancellor.

He has a PhD in Politics from Flinders University in South Australia and a Master of Arts from the University of Saskatchewan in Canada.

His main research interests are in the African studies, social and cultural theory, in particular, post-colonial theory and the processes of diaspora, exile, migration, and the complexities of identity formation.

In 2018, Ahluwalia said the USP had an opportunity to become a truly world-class institution.

He had said the university’s next phase of development should be to continue to build on its reputation for research that has the potential to change lives in the region.

Ahluwalia has yet to accomplish this. Less than three years into the job, he has been forced off the main Laucala campus and out of Fiji.

Many close to the university feel Ahluwalia was a target since his exposure of financial mismanagement at the premier regional institution: losses which he claimed ran into the millions of dollars.

In May 2019, Ahluwalia alleged in a paper to the USP Council of serious mismanagement and abuse of office, involving his predecessor and other senior members of the university.

He also questioned the contract renewals of at least 11 senior members of the university staff including the payments of professional and development leave.

Forensic accountant BDO Auckland was engaged to investigate the allegations. But since November 2019, the report has not been made public amid calls for the council to do so.

However, a subcommittee was set up to look into the BDO Report’s recommendations.

For those who have viewed it, the report appears to make no clear reference to any outcome of possible breaches as outlined by Ahluwalia.

Instead, it only reported that four remuneration mechanisms at the USP were collectively exploited, leading to ‘instances of significant cash leakages’ over a number of years.

The BDO report, paid for by taxpayers of 12 Pacific island countries and USP student fees, is yet to be released for full disclosure on the allegations of the breaches.

In March 2020, Ahluwalia was suspended by the Executive Committee led by Pro Chancellor Winston Thompson and investigated for ‘material misconduct’.

Following weeks of protests by students and staff, Ahluwalia was reinstated by the council.

Thus began the stand-off between the council and Thompson and Co, most of them appointed by the Fijian government. Thompson himself a former diplomat.

Calls were then made for the removal of Thompson and Chair of the Audit and Risk Committee, Mahmoud Khan, who were accused of impeding the work of Ahluwalia.

Chancellor and Nauru President, Lionel Aingimea, did not mince his words when in June 2020, he labelled Thompson’s convening of a Council Executive Committee in Suva as “appalling”.

Fast-forward a year and the man who exposed the alleged corrupt practices at the USP has been removed. Not by his employer, the USP Council, but by the Fijian government.

Many agree that Ahluwalia’s deportation has plunged the university into the biggest crisis of its 50-year history.

The deportation has also resurfaced questions about Fiji’s suitability as the host nation for USP due to its political instability and the lack of civil rights in the country.

Samoa has already put itself forward as an alternative host. Prime Minister Tuila’epa Aiono Sa’ilele Malielegaoi announced on February 12 that Apia is willing to provide a new home for the USP.

But how did the university get to this? 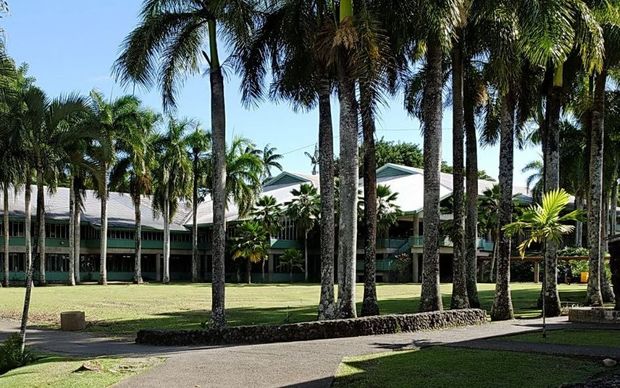 What is the USP?

The University of the South Pacific is an intergovernmental organisation and public research university with locations spread throughout a dozen countries in the region.

The USP was established in 1968 by the British who allowed the education system to follow its qualification system of the Commonwealth of Nations.

Its main campus is located in Suva which also serves as the university’s administrative centre. It also has two other satellite campuses in Fiji: Labasa and Lautoka.

The Alafua campus in Samoa hosts the School of Agriculture and Food Technology. The Emalus campus in Vanuatu is the location for the School of Law and the Nuku’alofa campus in Tonga holds the Institute for Education.

There are other centres in the Cook Islands, Kiribati, Marshall Islands, Nauru, Niue, Solomon Islands, Tokelau and Tuvalu.

While the USP Council is the governing body, the VC is responsible for the daily affairs of the university.

Despite its multi-campus nature, the USP is not a university system but a single university with several branches across the Pacific region.

Interestingly enough, when the issue of Ahluwalia’s removal was raised in Fiji’s parliament three weeks ago, it was ruled out by the Speaker on the grounds that it was not a matter of national importance.

Fiji has the most students at the USP and has never failed to point out that it also contributes the most funds.

The scale of the reputational damage to the regional institution is enormous and raises serious questions about the broader, long-term impacts on Pacific unity, academic freedom, respect for human rights and the rule of law.

The government is adamant the USP needs a ‘clean-up’ against corruption: Prime Minister Frank Bainimarama had used this tune to justify his 2006 coup.

But his critics claim the FijiFirst government is now increasingly linked to the ‘cover-up’ at USP.

They say the lengths the government has gone to remove Ahluwalia show it has ‘lost the plot’.

Not the office of the Human Rights Commission in Fiji.

It has come under fire for its silence since Ahluwalia’s removal on February 4: Commissioner Ashwin Raj is an appointee of the Attorney-General.

More than three weeks after the deportation, Raj has called for an independent investigation into all issues arising out of the USP.

He said the investigations should include complaints raised by staff and students on the ongoing governance issues at the university.

Raj said these should also include grievances against Ahluwalia.

But more deafening has been the silence from the university’s major donors Australia and New Zealand: both countries have expressed concern about the situation at the USP but fell short to condemn Ahluwalia’s treatment by the Fijian authorities.

Are the political expediency and geopolitical priorities at play here? Do the region’s main partners still stand for the rule of law and human rights? Or have Wellington and Canberra surrendered their values for political profits?

Two weeks ago, Winston Thompson and Mahmoud Khan were referred to the university’s Executive Committee over allegations of misconduct against the senior members of the USP.

The committee will also look at written responses and provide recommendations to the USP Council by March 30.

It is not clear what the breaches are but the council, which met recently, said the investigation is to allow the process to take its course.

For his part, Ahluwalia has vowed to continue in his efforts to reform the university and his primary obligation remained with the students.

It’s probably the only thing on his mind as the USP Council is yet to decide on his fate.