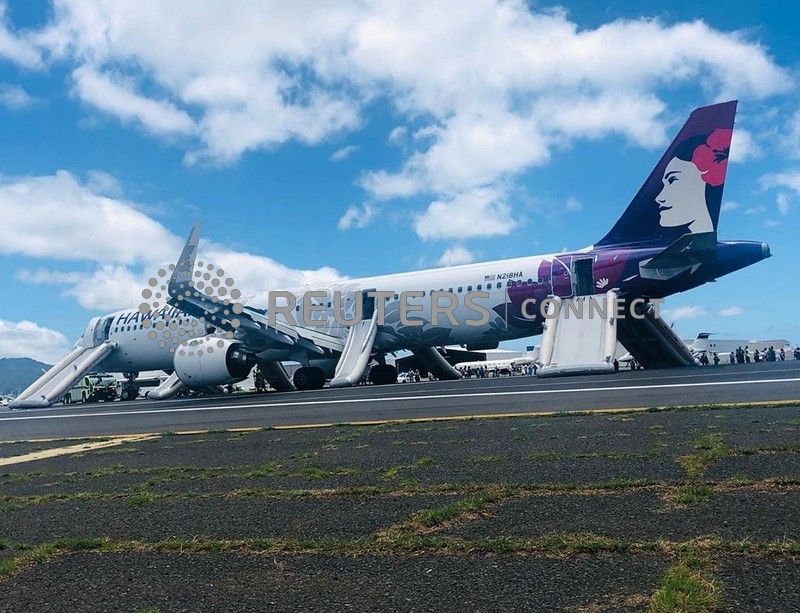 Hawaiian Airlines jetliner Flight 47 is seen on the runway after making an emergency landing on Thursday after smoke filled the cabin and cargo hold in Honolulu, Hawaii, U.S. August 22, 2019 in this picture obtained from social media. INSTAGRAM / @NANIBLAKE/via REUTERS

(Reuters) – A Hawaiian Airlines jetliner made an emergency landing in Honolulu on Thursday after smoke filled the cabin and cargo hold, and seven people were taken to hospital, officials said. Hawaiian Airlines Flight 47, an Airbus A321neo flying from Oakland, California, was about 20 minutes away from its scheduled noon landing in Honolulu when […]