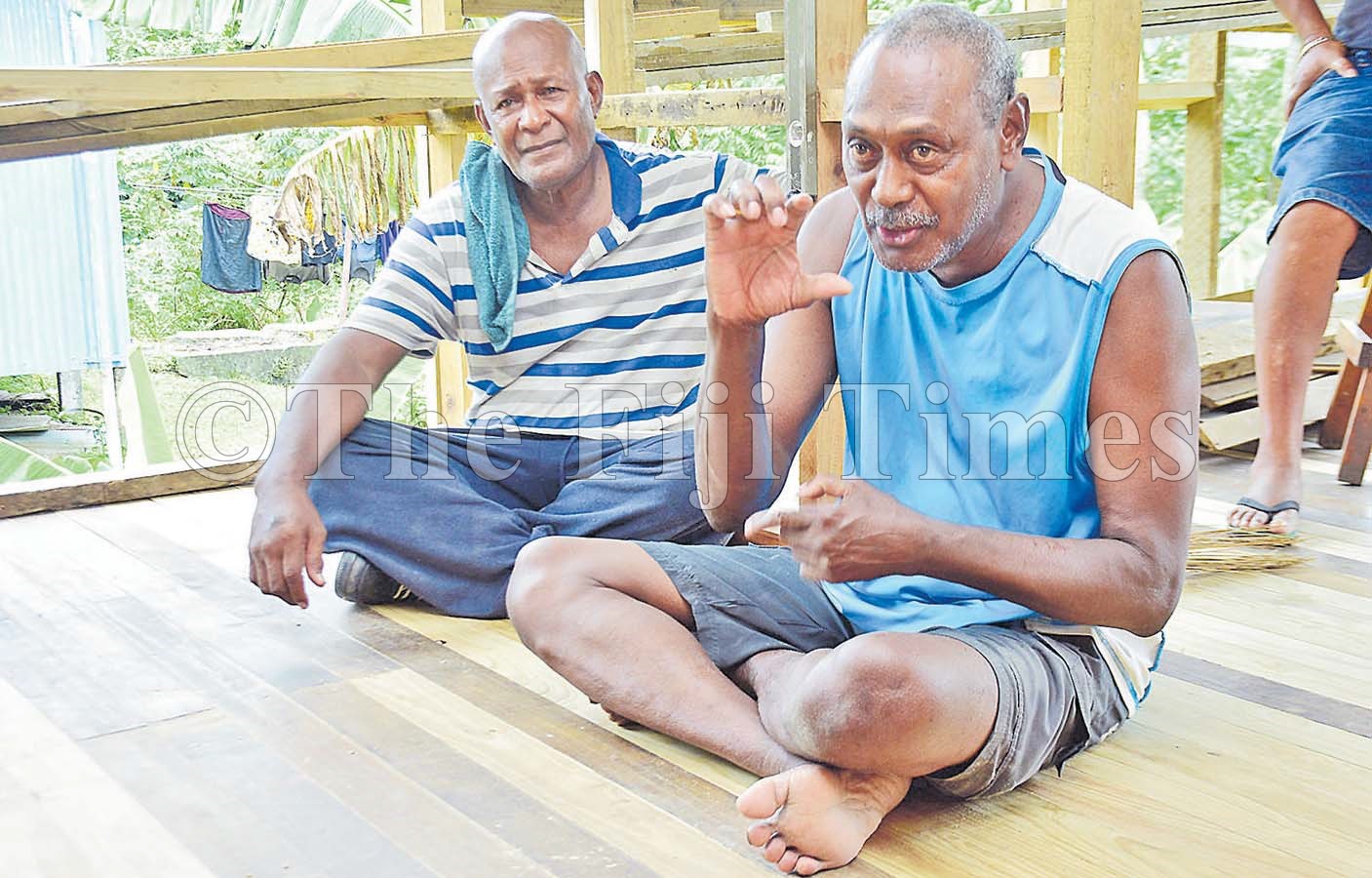 Interestingly enough, the group was made up of descendants of early settlers from the Solomon Islands and Vanuatu who had made Suva their home.

One of the group’s founders and the only surviving member, Saiasi Nabuta Tukana, who now lives with his wife and seven children in Newtown, Nasinu, spoke to The Fiji Times about the band’s musical journey.

“Super Shine 81 started off as a sigidrigi group before we ventured out into other genres,” the 56-year-old said.

“We were all shoeshine boys at the old Yatu Lau Arcade in Suva.

“One of the music group founders, Jese Afu, lived in Marata settlement, Wailoku. He returned to the Solomon Islands, where he died.

“Another member, Joji Viriabai, who was my uncle, got married to a woman in Vunidawa, Naitasiri. He moved there and later died, and the lead guitarist just died recently in Namara, Tailevu.

“I am the only surviving member of the music group.

“There were four of us who formed Super Shine 81 in 1979, and we did our first recording in 1981 with a company called Audio Recordings.”

Tukana said some of their songs were later performed by famous local artist Jale Mareau, who died last year.

“We composed songs such as Niutaoni, No Mata Long You and few other songs that were hits on local radio stations.

“During grog sessions, we would sit and listen to Voqa Kei Malaita and that was how we came up with the idea to form our own music group.

“Since most of us resided at Fr Barr’s home in Vatuwaqa at that time, we asked him to help fund our first ever recording in 1981.”

He said Fr Barr’s residence was home for shoeshine boys and street kids. Tukana said after a successful run of about eight years, Super Shine 81 decided to call it quits in 1986 after one of its founding members moved back to the Solomon Islands.

“My namesake is from Nailaga Village in Ba, he was a singer too and my paternal grandmother is from Sawaieke Village in Gau where some of Fiji’s talented singers are from – this is where I think my music talent came from.”

He said after Super Shine 81 disbanded, he worked in hotels in Nadi, Rakiraki and the Yasawa Group entertaining tourists.

“I got married, then we moved with my family to Taveuni where I sang in hotels for eight years and I was quite well known in Taveuni.

“I composed a gospel song called Let There Be Light which I launched in New Zealand during an Anglican church annual conference there.”

He said Super Shine 81 remained embedded in his mind and there were plans to revive the music group with the inclusion of young talented singers in Newtown.