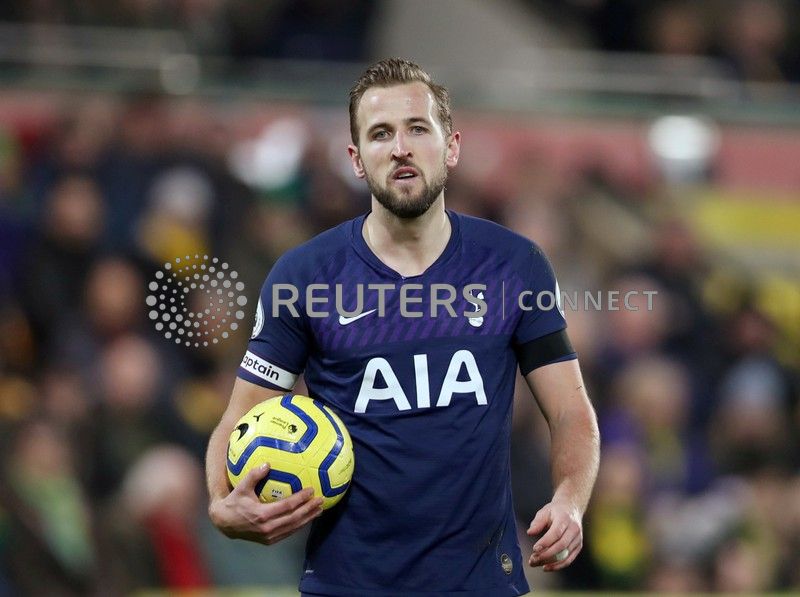 Son Heung-Min scored the equaliser and set up the winner as Tottenham came from behind to beat Arsenal 2-1 on Sunday (Monday NZT), reviving hopes of European qualification for Jose Mourinho’s faltering side.

But Sead Kolasinac’s misplaced pass allowed Tottenham to level inside three minutes, with Son taking the ball out to a tight angle but still managing to chip goalkeeper Emiliano Martinez.

Son, who was dropped from the starting lineup for the 0-0 draw at Bournemouth on Thursday (Friday NZT), provided the corner that Toby Alderweireld sent past Martinez in the 81st minute with a glancing header.

Son was taken off in stoppage time. But there were no fans to applaud the South Korean’s contribution as they are not allowed into stadiums due to the coronavirus pandemic.

Tottenham moved above Arsenal into eighth place. Europa League qualification is now the target for a team that reached the Champions League final last season.

Earlier on Sunday (Monday NZT), Wolves brushed aside an uninspired Everton 3-0 to keep their faint hopes of a Champions League place alive.

After a slow start at Molineux, Wolves slowly took control and went in to the break 1-0 ahead after scoring in first-half injury time through Raul Jimenez.

The home side doubled their lead 46 seconds into the second half when Leander Dendoncker glanced in.

Diogo Jota made it 3-0 with 16 minutes remaining when he latched onto a brilliant pass and rifled low past a helpless Jordan Pickford in the Everton goal.

The win moves Wolves up to sixth place in the table and within three points of Manchester United in the final Champions League position.

Meanwhile, Trezeguet scored twice as Aston Villa boosted their chances of staying in the top-flight with a 2-0 victory against Crystal Palace.

The Egypt international scored in each half to hand third-from-last Villa their first win in 11 league games and move the team to within four points of safety with three games left.

Palace had Christian Benteke sent off after the final whistle for what the league called an “off-the-ball incident’” with Villa’s Ezri Konsa.

Palace were denied a seventh-minute opening goal when it was decided an effort from Mamadou Sakho was handball, with Villa also having a penalty overturned later on.

Dean Smith’s side had taken just two points out of their last 30 available and had scored twice in eight league games.

Trezeguet’s opening goal was Villa’s first in 322 minutes, since Ahmed Elmohamady’s equaliser at Newcastle on June 24.

Palace’s run of five straight Premier League defeats is now manager Roy Hodgson’s equal worst sequence in the competition. But the south London club are safe at 12 points clear of the relegation zone.

Dominic Solanke scored twice as Bournemouth’s bid for Premier League survival was boosted by a 4-1 victory over Champions League-chasing Leicester, which was reduced to 10 men on Sunday.

They were the striker’s first goals since joining from Liverpool in January 2019 after failing to score in his 38 previous league appearances.

Later on Sunday (Monday NZT), Bournemouth turned the game in their favour during a two-minute spell which saw Leicester lose a player.