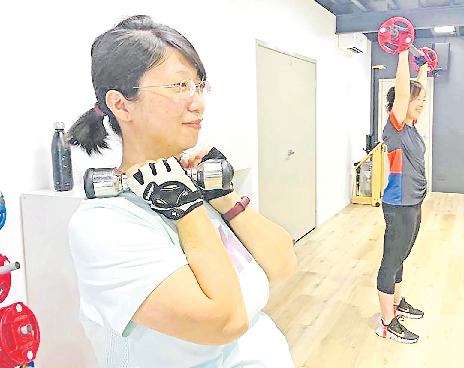 When Anna Samecki realised she was no longer enjoying time with her daughter, she knew something was wrong. “I lost myself,” she said.

“The stress this year has been something I’ve never experienced before.

“It was extremely scary because I thought, ‘If I am not here for my daughter, husband, friends and family, what would happen?’.”

The Sydney doctor said the impact of the pandemic — working from home, being isolated from family and friends and a growing feeling of fear and uncertainty due to COVID-19 — led to a bone-deep exhaustion she struggled to manage. “At my worst there were feelings I’ve never felt before, asking ‘What is the point?’, and I felt I wasn’t working to my full capacity,” Dr Samecki said.

Brisbane data analyst and working mother Lisa Lu went through a similar struggle this year. “COVID-19 has definitely created a huge disruption to our normal lives — not only personally but also our working life,” she said. “It’s an unusual, stressful and exhausting time with increasing anxiety, from home schooling to work, it’s an overwhelming period of time.”

In 2019, the World Health Organization (WHO) officially recognised burnout syndrome as an “occupational phenomenon” and experts fear it will spike as a result of the coronavirus pandemic.

“Women tend to be employed in caring industries on the front line or industries like tourism or hospitality which were shut down, they continue to be primarily responsible for caring and domestic work and that’s increased due to COVID,” she said.

“The research is also suggesting women are experiencing anxiety and depression at a higher rate and women who have children are the ones at the most risk.

“In the longer term I am concerned families might allow women to drop out of the job market and that has a serious long-term effect, including a risk of homelessness in old age, and that reverts us back to gender norms that impact whole communities.”

Resilience training providers Springfox surveyed more than 530 Australians working across sectors including banking, education, government and health during the pandemic and found burnout-inducing stress and anxiety were increasing for workers, especially women.

“Our research also showed females did not fare anywhere near as well as males, they reported double the anxiety and stress and double the level of loneliness than males and that was stark,” Springfox CEO Stuart Taylor said. Relationships Australia CEO Elisabeth Shaw said the pandemic was also leading to a rise in “presenteeism” — when employees physically show up to work, but productivity levels and engagement are reduced. “Presenteeism already costs the Australian economy up to $34 billion per year and we have to expect this figure will increase,” she said.

“Our waiting lists (at Relationships Australia) are longer than they’ve been in our history and private mental health services are reporting the same — that speaks for itself.

“Good managers and leaders can be talking about boundaries with their staff and employees should feel they can raise these things with their colleagues themselves to get greater clarity on what is expected,” she said.

“One of the things working parents find difficult is putting time aside for themselves, so it’s important to find time to be alone, that self-care is critical.”

For Dr Samecki, telling her family and friends she was struggling helped ease the burden.

“I had the most serious chat I have ever had in my life with my husband and said, ‘Here is what you can do to help me’, and that was good, he had no idea,” she said. Dr Samecki also spoke to a psychologist for the first time.

“I would liken it to riding a bicycle on the edge of a cliff — a little gust of wind could push you straight off — so for me it was about getting away from that ledge and finding some stability in my life,” she said.

Prioritising exercise and socialising were keys to coping for Ms Lu. “I found reaching out to neighbours and alternating home-schooling days and speaking with friends and family helped maintain my mental health,” she said.

“I also made sure I joined in regular exercise which is so important. “For me, physical exercise helped break the pattern of feeling overwhelmed and the negative spiral.”

 Anna Hartley is a multiplatform journalist reporting for ABC’s Ipswich bureau with a passion for storytelling in all its forms. The views expressed are her own and do not necessarily reflect the views of this newspaper