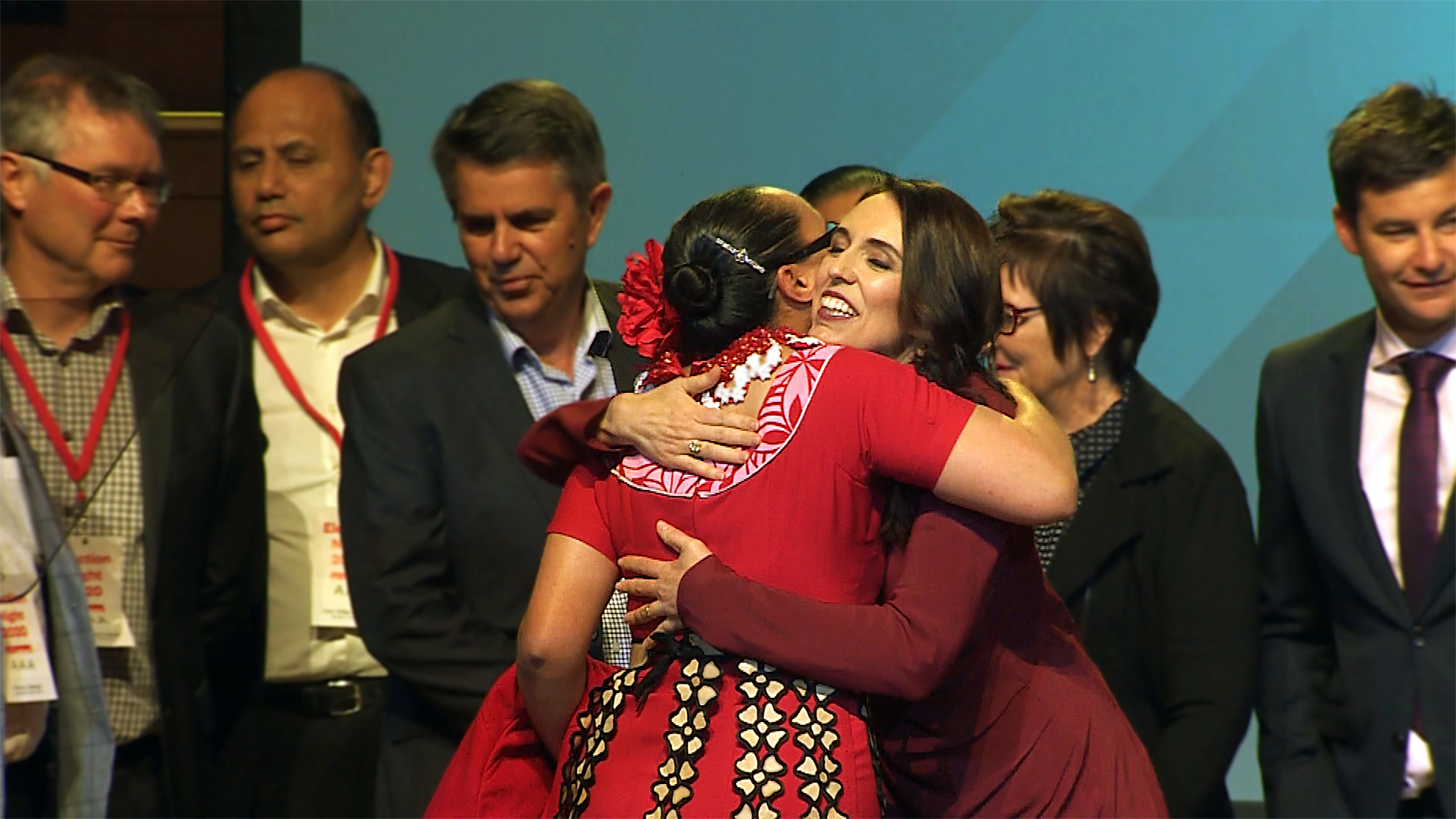 Your editorial ‘Congratulations in order’ (FT 19/10 ) for Jacinda Ardern’s landslide election win for a second term is indeed in order. The reason for Ardern’s popularity among the people of New Zealand is very simple and straight forward — she is a very good leader with the welfare and interest of the people front and centre in her political platform. This is why she stands out among leaders worldwide. New Zealanders can be genuinely proud in having Ardern as their nation’s leader. Rajend Naidu Sydney, Australia

Leaders around the globe have so much to learn from New Zealand’s re-elected PM Jacinda Ardern as she won the elections with a landslide victory. The orchestrated moment of the re-election win in NZ is memorable as Labour returned to power with a landslide of 64 of the 120 seats in Parliament. Jacinda Arden, who is a champion of multilateralism, opened her speech by highlighting the size of her victory, calling it NZ’s greatest support for the Labour Party in at least 50 years and Ms Ardern pledged to use the majority to accelerate the economic recovery plan her government had begun to implement. Ms Ardern led NZ through the terrorist attack in Christchurch, the volcanic eruption on White Island and the COVID-19 pandemic and she led remarkably well. Yesterday’s editorial comment captured a powerful message on Ms Ardern and I commend the editor-in-chief Fred Wesley for his editorial on Ms Ardern’s last visit to Fiji that showed her qualities as a great leader. She was humble, respectful, kind, caring and compassionate as highlighted by the editor-in-chief when she visited Tamavua-i-wai: “Please, next time, we sit together. Please when I next come, please do not put me on a stage. I would rather sit with you, if that’s OK.” These qualities have made her a wonderful leader who is revered by her people. Congratulations Jacinda Ardern! Rajnesh Ishwar Lingam Nadawa, Nasinu

A great leader whose words are not only promising but she acts on them. Congratulations to Honourable Jacinda Arden for her second term as a prime minister of New Zealand. Jaheed Buksh Korolevu, Sigatoka

It is mystifying that without having limited term arrangements for national leadership, something which has been successfully adopted by many democratic nations, political leaders or parties have not been able to rule for lengthy periods in Fiji. That is after being elected democratically. Having the majority support once, they either faded away through election losses or were removed by coups. History reveals that some political leaders and parties “vanished” between elections. Election results are so intriguing that observers could be tempted to assume that the voting population may have completely changed. With such a small population, how can political leaders or parties lose their popularity (or trust) in a short space of time? Maybe, as the people are deciders, they remain until the people are prioritised. Except in the cases of coups, I believe the silent and suffering majority spoke. Mohammed Imraz Janif Natabua, Lautoka

While the fervent Shri Chand “Mushroom’s” legacy and achievements on the track remain unparalleled, he can often be spotted within the Sugar City limits with a “piggy bank” humbly requesting for financial assistance. This, as according to him is to elevate his odds of participating in future marathons nationwide or simply purchasing a new pair of running shoes. Isa, if only good Samaritans or sponsors could step forward and support this senior athlete as he passionately strives for what he does best, even at his fragile age. Nishant Singh Lautoka

Interesting letters by Julie Sutherland on Monday 18/10/20, regarding the unveiling at Sigatoka of ‘the giant statue of the stallion with a rugby ball at its hoof’, and, her questioning the use of the now defunct imperial measurements. But by whatever measure, ‘the 12-foot stallion holds a 6-foot rugby ball’ feels a bit out of proportion I would agree; OMG it’s half the size of the horse, that ball is! I have seen the picture of ‘The Postman’, a full-size picture of this Stallion with a rugby ball would be nice. Moses Fong Suva

The evergreen picture of our homegrown talent and sugar sweet ageless 69-year-old Shiri Chand Mushroom is simply poetry in motion and Viti mana magic. Just like our Viti Times ageless and priceless and still going strong all these years, the smile on Shiri Chand’s face shows the passion and pride at 69 to remain resilient and dedicated to what he does best. To hit the 10km Namosi marathon in tough terrain is a testimony to Viti the way the world should see. Vinaka Shiri and to all those that participated joka kece. We also remember all our athletes on the track and field that have shaped Viti today. To Viti Times still strong and kaukauwa since 1869 and definitely Mushroom the star looked sweet just like an 18-year-old with a sugar sweet smile at 69 sa yawa dina… joka kece. Noqu qele noqu vanua, kaukauwa dina. Shalwyn Prasad Mukta Ben Place, Nabua, Suva

The All Blacks ability to cement its superiority minutes within commencement of the second half speaks volumes of its efforts. They displayed commitment in defence and were nothing less than determined in their approach. At the end of the day, it was the ‘D’ factor that stood out among the All Blacks. While not wanting to discredit the Wallabies, unfortunately their individual efforts let them down badly. In the end, it was the ‘I’ factor which led to their downfall, not forgetting poor defence. The next match will determine the championship status between the trans-Tasman rivals but for now the series is far from over as with a slight change in attitude, the Wallabies can overcome the All Blacks. The Wallabies have all it takes for success which should make the next encounter a pulsating one. Meanwhile, another week has begun and let’s all make the most of it by doing our best in whatever tasks assigned to us. A blessed week all.FLOYD ROBINSON, Toorak, Suva

Lately the Government had shown a lot of interest in the agricultural sector and the Prime Minister Voreqe Bainimarama and as well as the Minister of Economy Aiyaz Sayed-Khaiyum have been hitting the road here on Viti Levu showing their support for the under-rated ministry within their FijiFirst Government. Mr Sayed-Khaiyum said that Fiji had an opportunity in its agricultural sector and has potential as well. (FT 16/10). I totally agree with Mr Sayed-Khaiyum that Fiji had an opportunity in its agricultural sector especially when COVID-19 hit Fiji, however, the Government was so busy focusing on the tourism sector instead. I believe every effort the Government was making during COVID-19 was focused on the tourism sector especially on how to bring back tourists to Fiji as fast as possible, therefore, the move for ‘Bula bubble’ and many other bubbles. Where are the bubbles now? I believe the Government has come to its senses and realised that it will take some time for the tourism sector to bounce back and the bubble talks are not working, hence now the focus on agriculture. I am adamant that if COVID-19 was no more and borders were open and the tourist sector was back in business, there wouldn’t be any emphasis shown by the government on the agricultural sector as it is doing now. Kositatino Tikomaibolatagane Vuninokonoko Rd, Navua

Why is World Statistics Day something worth celebrating? We are living through a data revolution. It is changing our world. Our choices as individuals are increasingly informed by more and more complex sources of data. Statistics is a way of collecting, analysing, interpreting, presenting, and organising data. Applying statistics to larger groups of data gives a general overview of issues, including scientific, industrial, or social problems for both local and overseas country. Businesses are making decisions drawing on diverse and sophisticated information systems. Governments are making laws and reforming public services with an ever widening evidence base at their disposal. But how well equipped are we to be confident and competent in this world of data? I think there are reasons to be positive. In jobs ranging from journalism to government policy-making, the demand for training in statistical literacy is increasing — fuelled by examples, such as data entry for elections office or stock taking in a local supermarket, show just how much better you do your job if you have these skills. “We need to ensure that everyone is counted, especially the most poor and vulnerable. No child’s birth shall remain unregistered. No incidence of disease, no matter how remote the location, shall remain unrecorded. We need local statistics to ensure that every child has access to education and we need global statistics to monitor the overall effects of climate change,” said Ban Ki-Moon. That same data could also give us the means to hold accountable those in positions of authority in government, business or elsewhere — ensuring that they too are both respecting our personal data and using better statistics to make better decisions in the interests of our future prosperity. Today is World Statistics Day — better statistics, better decisions, and better lives. Something worth celebrating on 20th of October. Neelz Singh Lami

Can the statues be left alone please? They cannot speak, besides those involved in making them were just doing their job, probably as they were being told. Let it be. The movement of statues is no big deal. Period. (As they say, “log insaano ko nahi chorte, statue kya khaak chorenge”.) Kirti Patel Lautoka

I was of the view lamb flaps were banned in Fiji until a friend described having delicious curried lamb flaps in Korovou, Tailevu. Dan Urai Lautoka

I thought Hon. Mahendra Reddy said that flooding in Nadi was history, but the rain on Saturday flooded part of the town. Well before declaring Nadi Town a city, it would be nice if the flooding and traffic problems are solved. John Brown Lautoka

Last Saturday part of Nadi Town and two streets in Lautoka were flooded after some hours of rain. Are the two western centres ready for the cyclone season? Too much emphasis being put on beautification purposes and general cleanliness of both the above mentioned urban centres are neglected. The bus station area and the streets speak volumes about cleanliness. Abdul K Khan Lautoka

In order to register to vote, the elections office has made it a requirement to show an FNPF card. I wonder why as this is not proof of citizenship. Non-citizens working in Fiji are eligible to join FNPF. Does that beg the question there might have been non-Fijians voting in the past two elections? While I phoned the office to verify this, I was told that it was the case. As, however, I wanted to see it in writing, I went to the office of elections website but it is under maintenance until November. Isa. Julie Sutherland Tamavua, Suva

Further to one Ranga Nathan’s article titled ‘COVID warriors’ (18/10), I would like to add that nurses are the most under appreciated professionals in the world. Their dedication is second to none. Thank you for your service. I am honoured to have befriended a few of them serving at the Lautoka Hospital. One of these days I will make my world renowned one stone lovo for them. Sa malo! Wise Muavono Balawa, Lautoka