Lest we forget – A journey in search for destiny 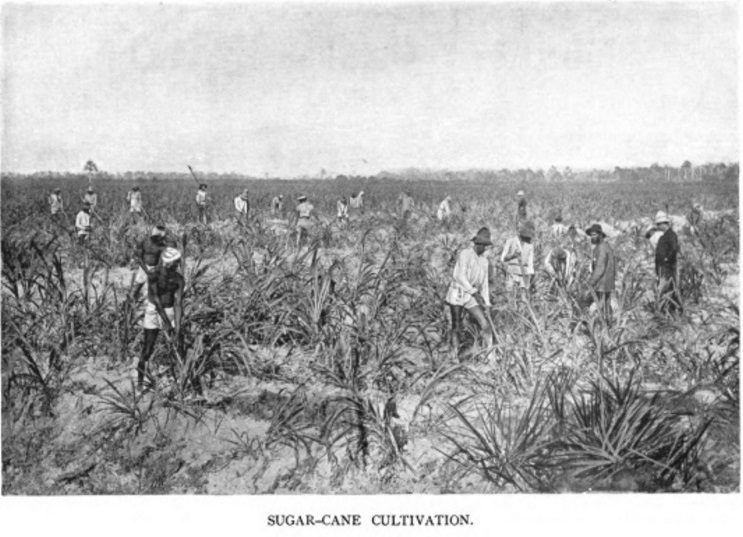 This month marks the 143rd anniversary of the arrival of the first shipload of indentured labourers from India to Fiji waters.

It was May 14, 1879 when the ship Leonidas arrived in Fiji. From then until November 1916, a little more than 60,000 Indians were brought from different parts of India to work here.

The overwhelming majority of indentured labourers were brought to work in the tea, cotton, coconut and sugarcane plantations in Fiji.

It was the Colonial era then and the indenture system was overseen by the then Governor of Fiji, Sir Arthur Gordon.

The indenture system started five years after the country was ceded to Britain by Ratu Seru Cakobau and other chiefs under the Deed of Cession in 1874.

Some indentured labourers were recruited by private plantation owners or white settlers especially in Savusavu, Taveuni and other islands while others were tasked with the building of roads and the railway system.

The land needed to be cleared for the cultivation of sugarcane and other crops. The sugarcane plantations were under the Colonial Sugar Refining Company or CSR as it was known, managed and owned by Australians.

The indentured labourers or “girmitiya” as they were commonly known were brought as cheap human labour with no rights to access any type of human rights or justice.

The Colonial Government felt obliged to protect the indigenous community and not expose them to forced labour.

Those who came from India under the indenture system were considered as the Beasts of Burden. As per research, only 40 females accompanied the 100 males.

This was the policy of the recruiters and the Colonial masters because the Indian indentured labourers were never thought of as settlers as that was a title reserved for the Europeans who were at that time involved in the economic, governance and administration of the Colony.

Hence, the reason for the three legged stool concept (Europeans/Indigenous /Girmitiya) which was adopted in the governance of this land with the introduction of the Legislative Council.

It must be remembered by the descendants of the “girmitiya” that their forefathers were brought to Fiji as “beasts of burden” and there was no attempt made by the Colonial Government for the education of the Girmitiya or their descendants.

Hence, one can see that the majority of our educational institutions are built by religious and cultural organisations or committees.

We were very fortunate that our ancestors, though illiterate in western terms, were very literate in Indian culture and tradition namely their own languages of Hindi, Telugu, Malayalam and Urdu, and their religious and culinary practices.

The girmitiya and their descendants have seen the attempt at conversion especially of Sanatanis to abrahamic faiths.

Conversion was not successful in the initial stages but it seems to have gained momentum in the last few decades.

The Indo-Fijians or Fijians of Indian descent as we are now known are in a class of their own.

Though we have cultural and religious ties with India, a small number of girmitya or their descendants have been able to trace their roots back to the subcontinent (India, Pakistan or Bangladesh).

However, the majority of the descendants call Fiji their homeland because they were born in this country even though their ancestors were from India.

Descendants of the girmitiya who have migrated from Fiji regard Fiji as their motherland and not the Indian subcontinent.

Fiji is our birthplace and our ancestral home.

The girmitiya and their descendants past and present have contributed immensely to build the social, physical and economic infrastructure of this nation.

We are not an immigrant community as we were brought here as cheap labour and became one with the soul and spirit of the vanua.

As time passed, the descendants of the girmitiya were able to overcome despite obstacles placed by the Colonial Government because their leaders saw education as the way to achieve greater mobility and break out of the girmit mentality that existed.

We were led to believe in the Westminister system, in the Magna Carta and our leaders lapped it up as we thought we had achieved equal political and economic rights as our birth right.

We, the descendants of the girmitiya, were sadly mistaken with the so-called Palace Coup of 1977 when the Mara group sowed the seeds of division within the NFP when there was none but we as a community loved the rumour mongering and shot ourselves in the foot.

Now, the descendants of the girmitiya are blamed for being too ambitious and having aspiration that all persons are born equal with equal opportunity and equal rights. But, the coups of 1987, 2000 and 2006 proved all this to be a lie.

Though the coup de etat of 1987 was considered idealistic but the perpetrators behind this grab for power displayed racial overtones.

The upheavals or coups of 2000 and 2006 became a grab for brute raw power and revenge for other reasons than any clean up.

It was a Molotov cocktail. The Mara government failed to address the plight of the iTaukei who owned 83 per cent of the land and were in majority in the civil service and the security forces.

Considering this, they should have been skilled enough to enter the commercial economy to bring about economic parity amongst the two major races instead of blaming the girmitiya and their descendants for their hard work and initiative.

The country and its people bled and are still bleeding. First, it was the descendants of the girmitiya and then the intended beneficiary of such events, the iTaukei community.

The population has been thinned with descendants of girmitiya now making up one third of the population.

On May 14 every year, we commemorate the transportation of our ancestors from India to Fiji on the ship Leonidas but can we forget the tragedy of the ship Syria on May 11, 1884 and the loss of lives. This is a dilemma we as a community have faced.

Some compare the life we would have faced if our ancestors had remained on the Indian subcontinent to what it is now, forgetting that if the British had not colonised the subcontinent then things may have been different.

It has been a long journey for us as descendants of indentured labourers or girmitiya and it seems that it will be a journey with no end as we seek to cement our destiny in the country of our birth.

• DORSAMI NAIDU is a Nadibased lawyer and a descendant of a girmitiya. The views expressed are the author’s and do not reflect the views of this newspaper.