Kami to shave her head in memory of late sister; concert to raise funds for kids battling cancer 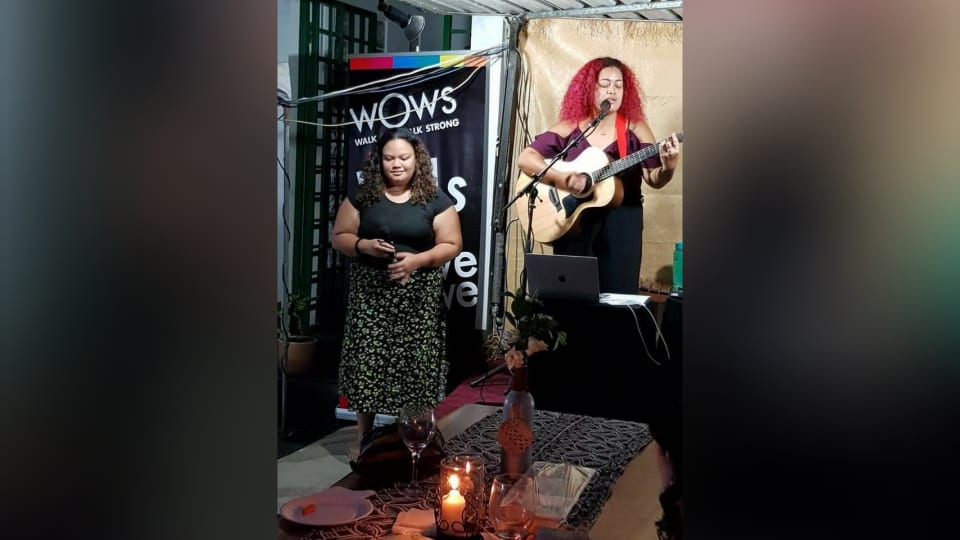 Singer-songwriter Mia Kami who is organising a three-night fundraising concert will be shaving her head for the second time in memory of her late sister Tae who died of cancer in 2013.

The musician who kicked off her concert last night had set a target to raise $5000 for WOWS Kids Fiji and will shave her head on Saturday night.

The Shave or Save campaign is one of the biggest events for WOWS Kids Fiji, usually done every year and brings in a lot of money to help support its services to children battling cancer.

Asked why she wanted to shave her head for the second time, campaign champion Mia said it had been tough raising funds for the past two years for WOWS Kids Fiji because of COVID-19 and she wanted to do something before returning to Tonga.

Her aim is not only to fundraise for this great cause but to also raise awareness.

She added her hair was something that stood out, which she could be easily identified with and there could not be a better way to ‘lose it’.

The University of the South Pacific student who just recently graduated with a Bachelor of Arts, majoring in Law and Politics, said she also wanted to dedicate her achievement to her late sister because “I know she would be very proud of me”.

She said the mini-concert that is staged from her garage at home will be a time of sharing her journey and she’s also described it as a time of music, storytelling, and kava.

She will also be performing her own original songs, some of which are currently being aired on the airwaves, and also some of her songs that have yet to be released.

Mia said there was great support from last night’s event and also confirmed that tickets for tonight and the final night were now all sold out.

People can still support Mia’s SOS campaign for WOWS Kids Fiji by donation in cash directly to our bank account (Bank Name is BSP, Account Name is WOWS Kids Fiji, Account Number 10416097) or via our Go Fund Me Page – on https://gofund.me/4e9ee4fe