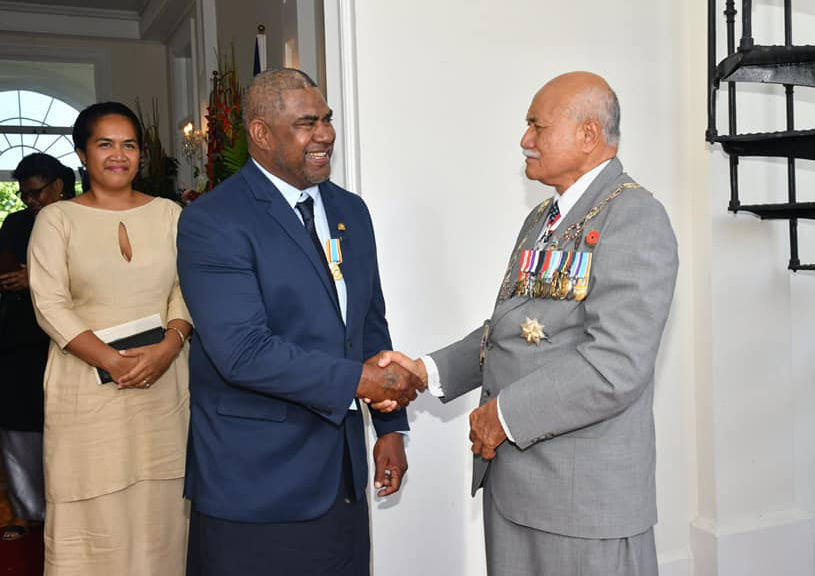 Interim Fiji 7s coach Saiasi Fuli is grateful that hard work has being recognised after he was awarded the 50th Independence medal at Government House in Suva on Monday.

It was a commendation for promoting Fiji, especially after guiding the Fijiana 7s team in its Tokyo Olympics bronze medal victory. He is also a former national rugby rep.

“I have my own personal aspirations and professional goal when it comes to coaching and I have to work extra hard everyday in order to deliver those goals,” the former Nabua, Suva, Fiji 7s and 15s halfback said.

“Rewards, awards, wins, bad days and poor performance will come your way and that does not take away the fact that I need to embrace all and move forward with a positive mindset.

“I commend our local coaches for the commitment they have rendered to our local rugby in the past years and past coaches have sowed the good seeds when it comes to transition from club to provincial and exposure to international tournaments.

“Waisale Serevi, Ili Tabua, Eddie Waqa, etc, our role is to continue the trade by quickly adapting to how things are done at the elite level and consistently compete at international level by producing positive results.”