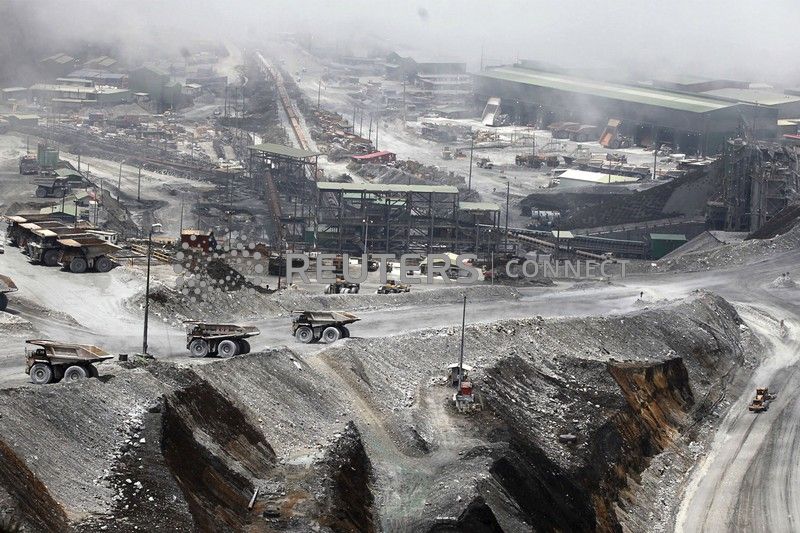 FILE PHOTO: Trucks are parked at the open-pit mine of PT Freeport's Grasberg copper and gold mine complex near Timika, in the eastern region of Papua, Indonesia on September 19, 2015 in this file photo taken by Antara Foto. REUTERS/Muhammad Adimaja/Antara Foto./File Photo

JAKARTA (Reuters) – Attackers shot dead a New Zealand man and wounded six other people at an office of the Indonesian arm of mining company Freeport-McMoRan Inc on Monday, police said.

The gunmen opened fire at around 2 p.m. (0300 GMT) at the office in the city of Timika in Indonesia’s Papua province, the company PT Freeport Indonesia said in a statement.

Police said the attackers were members of an armed criminal group without going into further details.

Separatists have launched a string of attacks in recent years in the area around the company’s nearby Grasberg operation – the world’s second largest copper mine.

There have been sporadic shootings and ambushes on vehicles travelling on the main supply route to the mine.

PT Freeport Indonesia said one staff member was killed and six other people wounded, two of them seriously.

Workers had been evacuated from the office in the city’s Kuala Kencana district and from the surrounding area, the company added.

Conditions were being “monitored and so far there is no direct impact” on mining operations, Freeport Indonesia spokesman Riza Pratama said by text message.

“Joint security forces are carrying out a pursuit in the forest area in Kuala Kencana,” Kamal said in the statement.

Papua, which shares the island of New Guinea with the nation of Papua New Guinea, was a Dutch colony that was incorporated into Indonesia after a U.N.-backed referendum in 1969.

The region has since endured decades of mostly low-level separatist conflict.

Alaalatoa keen to stay and ‘fight it out’ in Australia