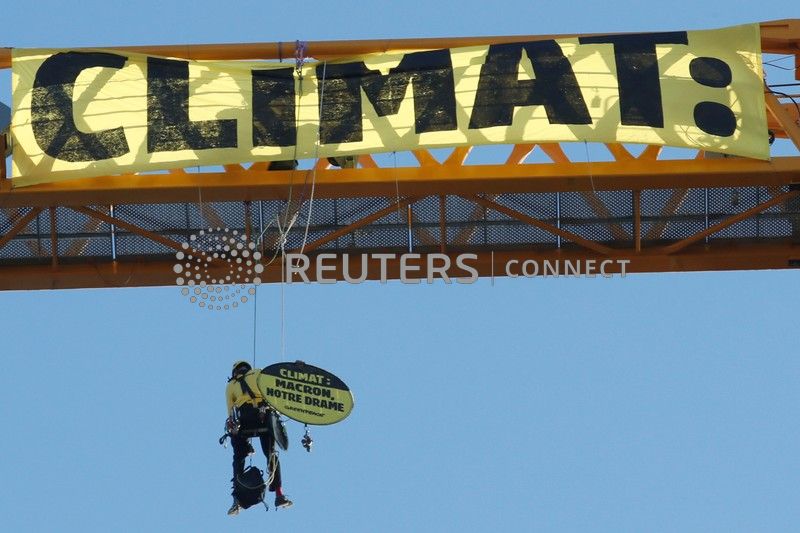 PARIS (Reuters) – Greenpeace activists on Thursday hung a banner reading “Climate: Time to Act!” from a crane towering over the fire-damaged Notre-Dame Cathedral in Paris.

Local elections last month saw a surge in support for the Green party in major French cities. President Emmanuel Macron appointed an ecologist as environment minister this week, but Greenpeace has questioned how much influence she will have over policy.

The World Meteorological Organization (WMO) said in a report earlier on Thursday that Earth would continue to warm over the next five years, and global temperatures may temporarily rise to more than 1.5 degrees C above pre-industrial levels.

Notre-Dame has been undergoing a major renovation. Fire engulfed it in April 2019, destroying its spire and roof.