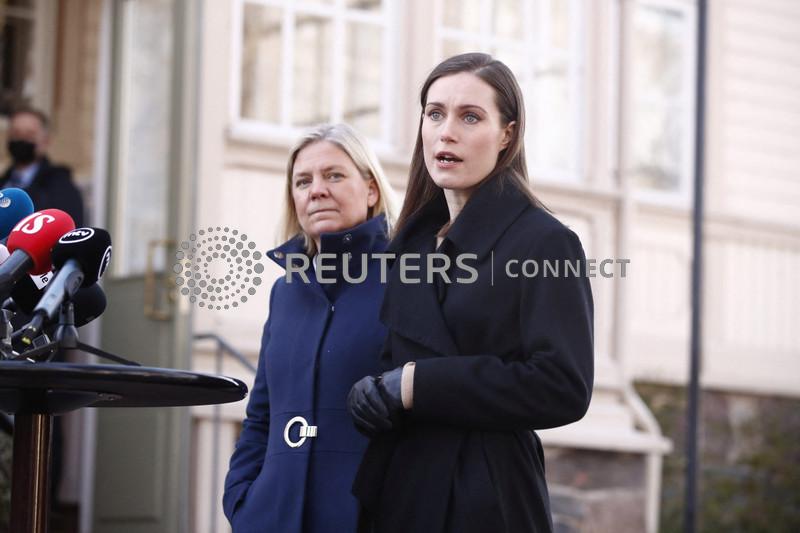 HELSINKI (Reuters) – Finland’s parliament on Tuesday overwhelmingly approved a proposal to apply for membership of the NATO military alliance in a historic policy shift prompted by Russia’s invasion of Ukraine.

President Sauli Niinisto and the government decided officially on Sunday that Finland would apply for membership but the decision was pending parliament’s approval.

Of the 200 lawmakers, 188 voted in favour and eight against the application, Speaker Matti Vanhanen said.

Foreign Minister Pekka Haavisto said the decision was no reason to celebrate because “there is war in Europe”.

“Finland’s membership in NATO will not change our basic thinking that we will always seek peaceful solutions and we are a peace-loving nation that will first and foremost seek diplomatic solutions to every conflict,” he said during the debate.

Opponents to the application included some lawmakers from the Left Alliance, part of Finland’s five-party coalition, among them Markus Mustajarvi who challenged the decision with a counter proposal resulting in it being put to the vote.

“Our border would become the border between the military alliance and Russia. New tensions would not be a risk only during the application process but rather a new and permanent condition of our foreign and security policy,” he said.

Early on Tuesday, the foreign affairs committee decided to join the state leadership in proposing to parliament that the Nordic country should apply for membership.

“Having heard a very large number of experts and having received the opinions of 10 (parliamentary) committees, the foreign affairs committee agrees with the government that Finland should apply for membership in NATO. This decision is unanimous,” chairman Jussi Halla-aho told reporters.