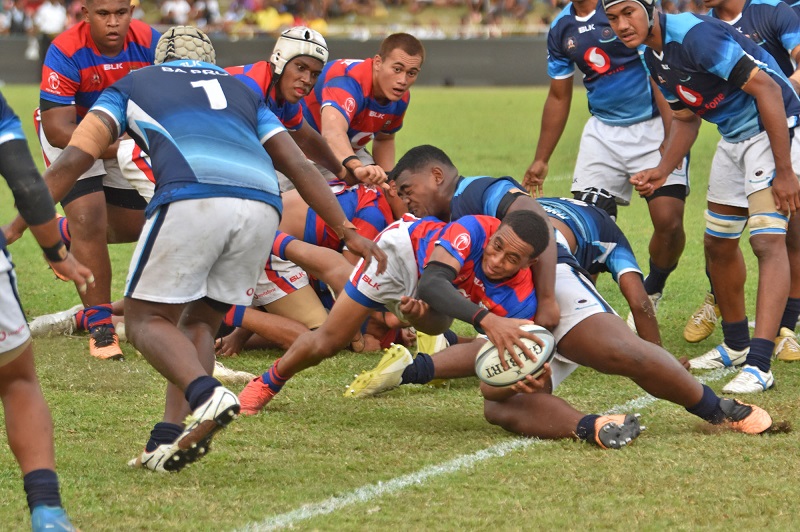 The Fiji Secondary Schools Rugby Union Deans Trophy will find a new home in Suva this weekend after the under-18 final between Suva Grammar School and Marist Brothers High School.

Both schools have longed to grasp the coveted silverware again which was donated by the Maori All Blacks team that toured Fiji in 1938.

The final at Churchill Park in Lautoka on Saturday will determine the resting place until next year for the trophy. SGS was a ‘lion’ in its defence against an eager Natabua last week.

The Veiuto-based school showed maturity in displaying composure, smart and being patient until it found the right moment to strike. And the result was rewarding after a see-saw encounter in Nadi amidst a strong western support.

“We remained humbled and kept our discipline because Natabua was a strong team,” SGS captain Livai Tawake said.

Both teams have lost players to the Fiji under-18 side which played its Hurricanes counterparts in New Zealand last night.

The surprise package all along was the Flagstaff-based outfit. They remained standing in the end because they came through a tough season, even under-rated said their captain Beni Naivalu.

“We always try hard, even in the semis. We have strengthened our defence. We had met Suva Grammar. They are tough, a good team and we respect them. We will try and do everything right because in rugby, the result will be determined during the match.”

“We came third in the South and I told the players, ‘If you want to win, you can win, nothing is impossible,” he said.

“We will regroup, focus on our defence and move the ball away from our territory. We’ve met the top teams from all zones. We beat RKS, Ba Provincial and we have to be confident in meeting the top from our zone, Suva Grammar in this final.

“We have faith in our players and will take the final with confidence.”