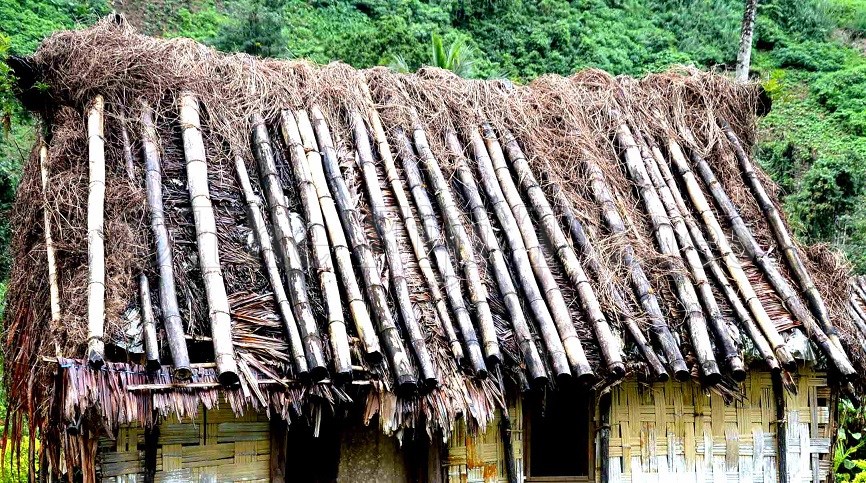 The thatching of a bure was used to hide deadly charms. Picture: JOHN KAMEA

For centuries, witchcraft was perceived as evil by early Christians in the European continent.

They conjured up popular images throughout history, from hunch-backed magicians stirring secret portions to black-draped flyers on broomsticks.

We could easily say that the true history behind witchery is steeped in mystery itself and its rituals are many as are the societies around the world that practise them.

While it is openly demonised by today’s modern laws and religion, in old Fiji, witchcraft thrived alongside superstition and worship.

It also drove fear in the community, sometimes causing animosity.

The nineteenth-century Christian missionary, Thomas Williams, said witchcraft was something difficult to eradicate and even after indigenous Fijians were converted in droves, they never lost it entirely.

Witchcraft was treated like a form of magic and those who specialised in it were called different names depending on what they performed and how they did it.

It was not part of the normal worship of gods and ancestral deities and was not the mainstay of village priests too. It did not happen inside village temples either.

Meant to inflict harm, it was deeply mired in superstition and treachery.

In The Fijians — A Study Of The Decay of Customs, anthropologist Basil Thomson said witchcraft did not get the same degree of respect that deity worship received and the person who practised it had to be bold.

“The professional wizard was not necessarily a priest, but if he had not the protection of sanctity, he was a person of considerable courage, for witchcraft was a dangerous profession,” Thomson noted.

Because the usual motive behind witchcraft was to cause disease and death, the pay was very high and veiled in strict confidentiality. 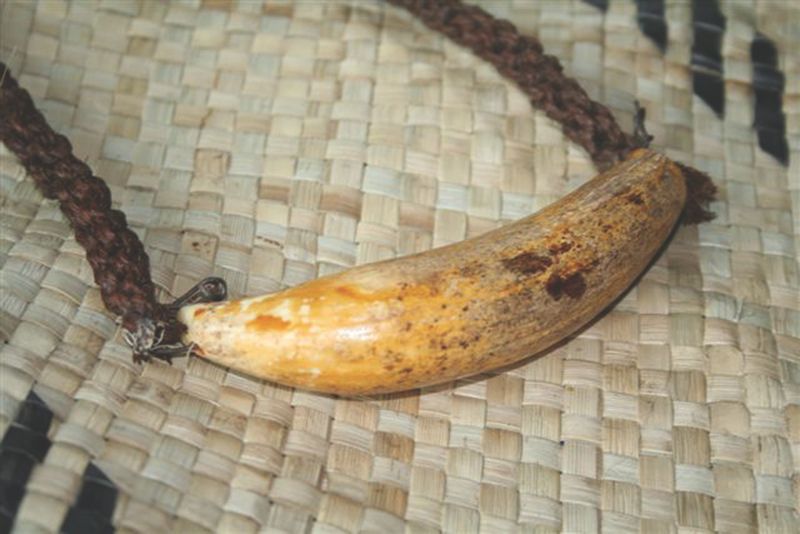 A whalestooth or tabua was used to ask a witch doctor for his help. Picture: WWW.FIJIMARINAS.COM

Since the “transaction” could never be kept entirely secret, the black magician often had to brave the resentment by the victim’s family and relatives, if discovered.

There was also the belief that those who were exposed were often sentenced to death by their respective deity called “tevoro“.

If a man wished the death of another person, he would get hold of something that belonged to the victim, such as a lock of hair, fingernails or scrap of food, et cetera.

The best item used for witchcraft was excreta, like stool and blood. People believed it produced incurable dysentery.

Once the personal item was obtained, a person would take it to the wizard at night.

He would take a whale’s tooth and would pay more when the death of his rival was accomplished.

The witch doctor was usually a man.

He would prepare a charm by wrapping the personal object in secret leaves believed to have magical properties.

The parcel was then buried in a bamboo case either in the victim’s plantation or in the thatch of the person’s bure. In a few days the man would start to get sick.

If the charm was discovered and destroyed, the person would recover.

“But if a diligent search failed, offerings were made to the gods, or the chief in whose district the wizard lived was invoked to use his authority,” Thomson said.

It was more common to seek another witch doctor to reverse the spell in the charm by using a counterspell.

When the victim died the black magician claimed his reward by attending the funeral with a blackened face.

Any employer who dared to cheat the witch doctor was punished with the same ailment that the victim experienced.

“Any sudden death being ascribed to witchcraft, a professional wizard, who was entirely innocent, would blacken his face at the funeral in the hope that someone who had an interest in the death would pay him the fee he had never earned.”

Such a case occur as late as 1887 at the funeral of the Buli of Bemana in Nadroga.

The buli died of a cold contracted while lifting a huge vesi log down the river as one of the main post for the Nadroga provincial council house.

“A man with a blackened face was pointed out to me at the funeral, and shortly afterwards a formal complaint was made by the dead man’s relations against the river tribes of having fee’d this wizard to compass the Mbuli’s death,” Thomson said.

“I summoned them to a meeting, but all my arguments were impotent against the undoubted fact that the Mbuli (buli) was dead, that the river tribes detested him and had an interest in his death, and that their wizard had appeared with a black face at his funeral.”

Thomson let them use their most famous wizards to cast a spell. Thomson also proposed to supply them with all the material
they wanted.

“They discussed the proposition with gravity, and replied through their spokesman that this would be no proof at all, for it was well known that white men, who subsist on outlandish meats, were proof against Fijian spells.”

On another day, a man, delirious with triumph at his narrow escape from death, gave Thomson a bad luck charm that he had found buried in the thatch of his house.

It was a bamboo six inches long, closed with grass. Within it was a piece of masi that was ripped from his clothing and a handful of withered leaves.

The man asked Thomson to hold an inquiry with the hope that the witch doctor would confess to the crime. At the time vakadraunikau, the practice of witchery had been made a punishable offence.

This showed that despite the fact that villagers were Christians, witchcraft was still widely practised.

Apart from the death and suffering it inflicted on the victim, witchcraft sometimes resulted in violence.

The murder of the Buli of Bureta in 1884 was a notable example.

At the trial of his murderers, it was heard that a number of chiefs in the dead man’s district had paid a witch doctor to remove him by witchcraft.

When weeks had passed, and the unpopular chief continued to be in good health, the dissenting chiefs tormented him for being unsuccessful, and promised to take care of the buli themselves.

The promise was kept. The victim disappeared but when his dead body was discovered it was found that the skull had been fractured by an axe struck at him from behind.

Thomson wrote that despite the death and fights that witchcraft caused, it was a positive advantage to the community.

“It filled, in fact, the place of a system of sanitation,” he said.

“The wizard’s tools consisting in those waste matters that are inimical to health, every man was his own scavenger.”

This meant that from birth till old age a man was kept in check by his ear of becoming a victim of witchcraft.

“He went into the sea, the graveyard or the depths of the forest to satisfy his natural wants; he burned his cast-off malo; he gave every fragment left over from his food to the pigs; he concealed even the clippings of his hair in the thatch of his house.” 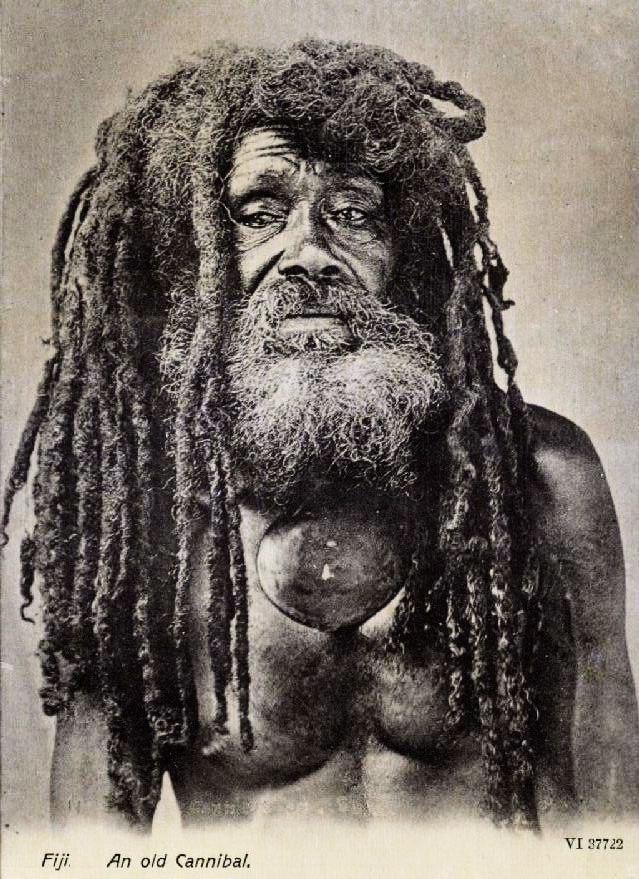 Hair was a popular item used to make a charm in old Fiji. Picture: JUSTPACIFIC.COM

As we learned two weeks ago in The Sunday Times, through the Discovering Fiji story “The birth of a child in old Fiji” this ever-present fear of witchcraft even drove women in the western districts to give birth in a crude hut in the forest.

The hut was destroyed by fire straight after delivery so that witch doctors could find no excreta to make a deadly charm.

“Until Christianity broke it down, the villages were kept clean; there were no festering rubbish-heaps nor filthy raras,” Thomson
added.

“In this respect Fijian witchcraft was immeasurably superior to that of other primitive races who employ similar methods.”

In November 2020, The Fiji Times ran a story of a chief who pleaded with his people to stop witchcraft.

In an event held at his chiefly village in Lomanikoro, Bua, to remember the early Methodist Church missionaries who arrived in the province in 1839, Tui Bua, Ratu Makutu Nagagavoka reminded his people that God’s grace had seen them over the past centuries. 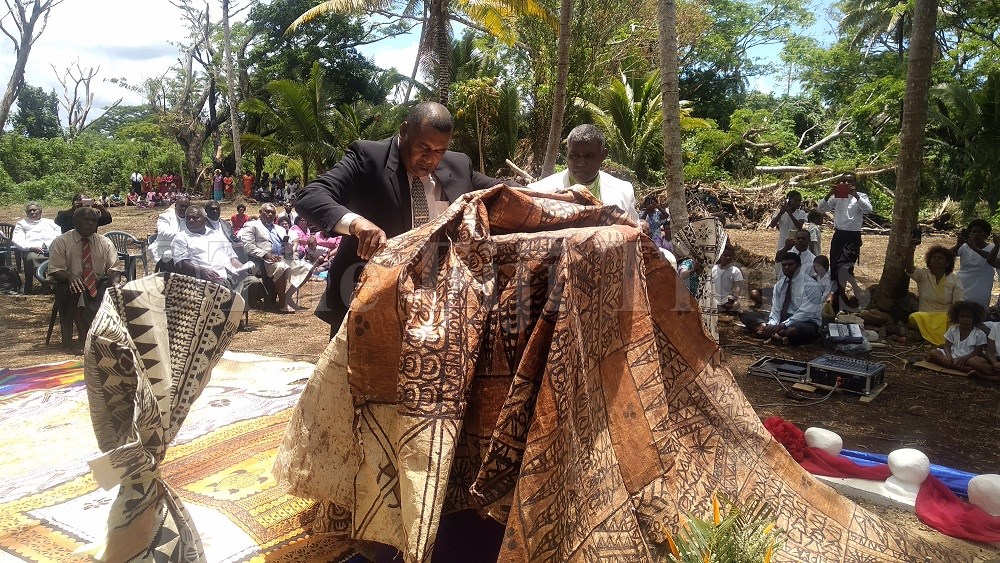 Ratu Makutu Nagagavoka during a church gathering in Lomanikoro, Bua in which he denounced witchcraft. Picture: FT FILE

He believed that devil worshippers had hindered development opportunities in the province and therefore had affected his people.

“We may be behind in this world with developments, but as long as we do not miss standing in the front gates of heaven to be with our father, that’s very important to me,” Ratu Makutu said.

“The missionaries who arrived in the 1800s were certainly sent to Bua by God because he has a plan for us all, so let’s seek God in spirit and in truth.”

Today, witchcraft is punishable by law. Penalty is a five-year imprisonment.

Someone is guilty if “he or she (a) holds himself or herself out as being able to cause by supernatural means, fear, annoyance or injury to another person in mind, person or property; or (b) pretends to exercise or who practises, whether on an isolated occasion or otherwise, witchcraft or sorcery”.

Over the years, the denouncement of witchcraft had been further advocated by the emergence and influence of Pentecostal denominations in Fiji.

These churches have openly demonise many traditional practices that have been tolerated by Methodism and Catholicism.

(This article was adapted from the book, The Fijians – A Study Of The Decay Of Custom by Basil Thomson)