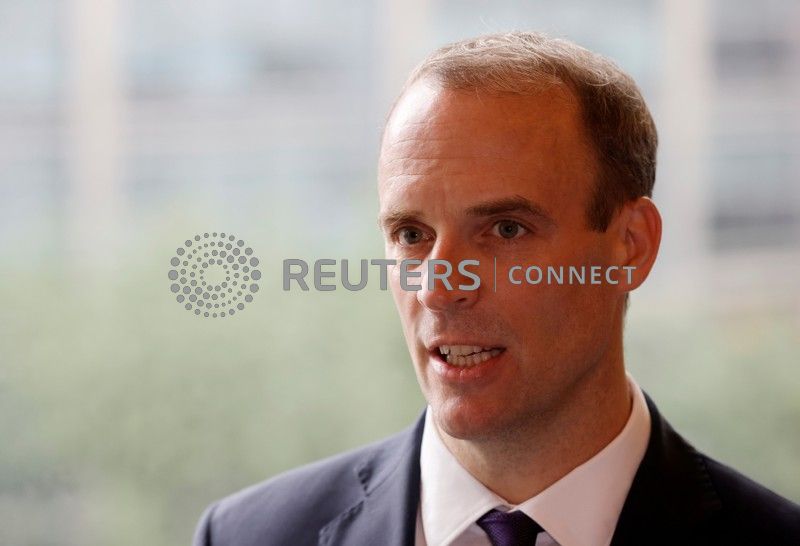 Lukashenko’s national security adviser and chief of staff are also among the sanctioned officials, Raab said in an interview during a visit to the South Korean capital of Seoul.

“There is a vanishing window to influence what is playing out in Belarus and we believe the time to take action is now,” he said. “First and foremost there must be a cost, there must be a price with the kind of human rights abuses that we’ve seen and the fraudulent approach to that election.”

Belarus has seen mass demonstrations since Lukashenko, in power for 26 years, was named the landslide winner of an Aug 9 presidential election his opponents say was rigged.

Lukashenko denies electoral fraud. All major opposition figures are now in jail or have fled.

Raab told parliament last week that Britain was preparing sanctions on Minsk in coordination with the United States and Canada.

The European Union, which Britain left in January, has also announced plans for sanctions on Belarusian officials, although it has yet to finalise them.

Western countries have so far been cautious in responding the events in Belarus, balancing sympathy for the pro-democracy movement with concern about provoking Russia, which has made clear it still supports Lukashenko, its close ally.

Raab said he had spoken with Britain’s international partners, and Britain had decided to move forward.

“We expect others will follow but I think time is of the essence because of that narrow window of opportunity to influence what is playing out,” he said.

“We can’t just have a situation where the likes of Alexander Lukashenko and frankly Vladimir Putin think that the human rights abuses and the rigging of that election can just pass without them being held to account.”