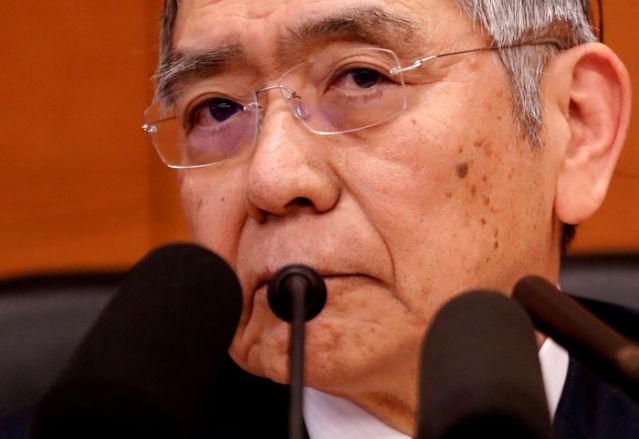 TOKYO (Reuters) – The Bank of Japan is set to keep monetary policy steady on Thursday and stress its readiness to work closely with the new government led by Yoshihide Suga, who has vowed to do whatever it takes to ease the economic blow from the coronavirus.

The BOJ board may also debate how the Federal Reserve’s recent shift towards a policy focusing more on jobs, which heightens the chance U.S. interest rates will stay low for a prolonged period, could affect markets.

In a meeting concluding a day after Wednesday’s parliament vote officially electing Suga as Japan’s new leader, the BOJ is set to maintain its ultra-easy policy and offer a slightly more upbeat view on the economy than in July.

Markets are focusing on what BOJ Governor Haruhiko Kuroda would say at his post-meeting briefing on how the central bank could work with the new government to underpin the economy with its dwindling policy tool-kit.

“The BOJ could debate taking steps if the yen spikes for some reason, or if the economy worsens further. But there’s very little it can do to battle such market moves.”

At its two-day rate review ending on Thursday, the BOJ is expected to maintain its -0.1% short-term interest rate target and a pledge to cap 10-year government bond yields around zero.

It is also seen making no major tweaks to its asset-buying and lending programmes for easing corporate funding strains.

Japan suffered its biggest economic slump on record in the second quarter as COVID-19 hit demand, reinforcing expectations inflation will remain well below the BOJ’s 2% target for years.

With the pandemic adding strains to their economies, major central banks including the Fed have been under pressure to review their policy frameworks for a better approach to battle prolonged periods of low growth and subdued inflation.

The BOJ, for its part, conducted a comprehensive review of its quantitative easing policy in 2016 that led to the introduction of yield curve control (YCC).

BOJ officials are thus in no mood to re-examine their framework any time soon, arguing that YCC can sufficiently support government efforts to revive the economy by capping borrowing costs.