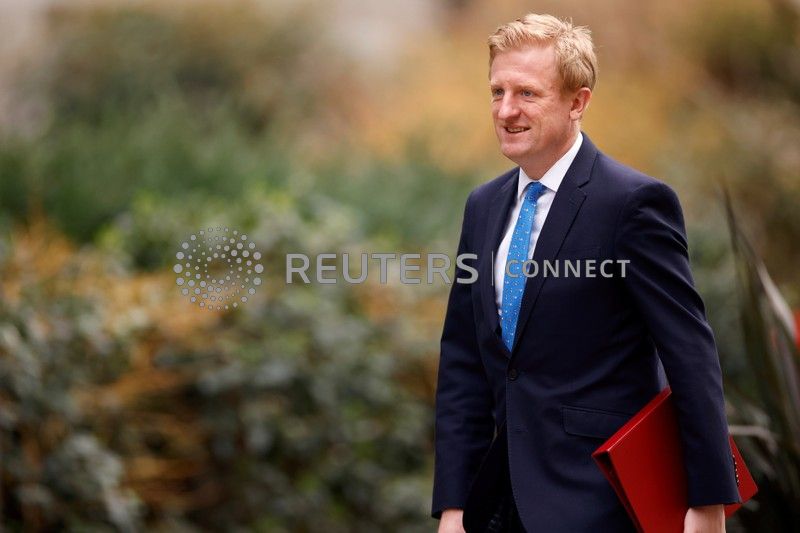 LONDON (Reuters) – Britain is seeking to build a consensus among G7 nations on how to stop large technology companies exploiting their dominance, warning that there can be no repeat of Facebook’s one-week media blackout in Australia.

Facebook’s row with the Australian government over payment for local news, although now resolved, has increased international focus on the power wielded by tech corporations.

“We will hold these companies to account and bridge the gap between what they say they do and what happens in practice,” Britain’s digital minister Oliver Dowden said on Friday.

“We will prevent these firms from exploiting their dominance to the detriment of people and the businesses that rely on them.”

Dowden said recent events had strengthened his view that digital markets did not currently function properly.

He spoke after a meeting with Facebook’s Vice-President for Global Affairs, Nick Clegg, a former British deputy prime minister.

“I put these concerns to Facebook and set out our interest in levelling the playing field to enable proper commercial relationships to be formed. We must avoid such nuclear options being taken again,” Dowden said in a statement.

Facebook said in a statement that the call had been constructive, and that it had already struck commercial deals with most major publishers in Britain.

“Nick strongly agreed with the Secretary of State’s (Dowden’s) assertion that the government’s general preference is for companies to enter freely into proper commercial relationships with each other,” a Facebook spokesman said.

Britain will host a meeting of G7 leaders in June.

It is seeking to build consensus there for coordinated action toward “promoting competitive, innovative digital markets while protecting the free speech and journalism that underpin our democracy and precious liberties,” Dowden said.

The G7 comprises the United States, Japan, Britain, Germany, France, Italy and Canada, but Australia has also been invited.

Britain is working on a new competition regime aimed at giving consumers more control over their data, and introducing legislation that could regulate social media platforms to prevent the spread of illegal or extremist content and bullying.