Tuibeqa’s rise in the fashion industry 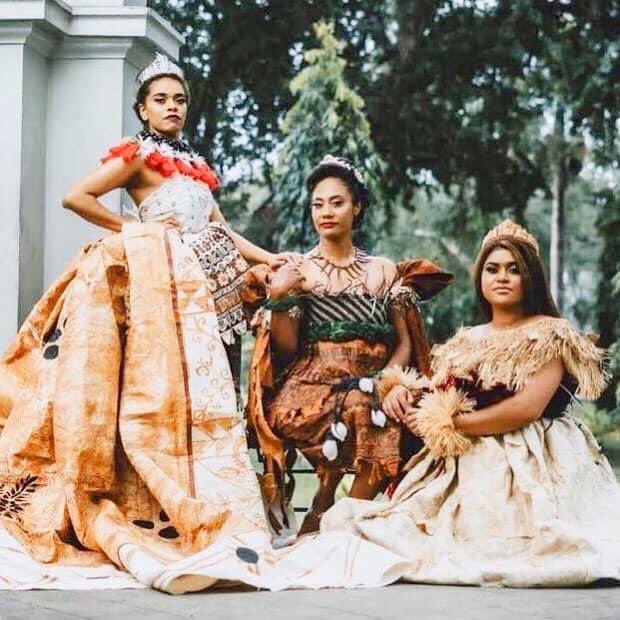 Arguably one of the country’s biggest fashion success stories of recent times, Epeli Tuibeqa has never had it easy.

While he has always been a creative soul, the Rewa native behind the label Kuiviti has tried his art at music, dance and in the pageant world and even developed a reputation for the behind the scenes production and marketing space.

In fashion, he started out as a back of house (BOH) volunteer, a man Friday of sorts, picking up whatever work the Fiji Fashion Week (FJFW) team would give him, 10 years ago.

Tuibeqa worked BOH as a dresser, putting designer wear onto models, he would later down the years also perform the task of model caller for.

At the same time, he was studying choral music at the Conservatorium of Music while also dancing under the tutelage of the great Allan Alo who had just started the Oceania Centre of Arts & Culture at the University of the South Pacific.

Within a year, the vasu of Lomaiviti would earn the support of FJFW managing director Ellen Whippy-Knight in producing his first collection for FJFW.

It was not a completely new venture for Tuibeqa who although barely out of his teen at the time had already made a name for himself as the stylist behind Alisi Rabukawaqa-Nacewa, the 2011 Miss Fiji who was also the first Miss Fiji to win the Miss South Pacific/Miss Pacific Island title outside of Fiji, and Samoa — the birthplace of the pageant.

What stood out about that win was that the partnership scooped all the costuming and fashion titles of the competition.

“Epeli and I ‘grew up together’ in this little niche of a space where pageantry, fashion, creativity collide and it was exciting. He certainly was not the Epeli of Kuiviti that has established itself in Fiji and Pacific fashion now, yet even back then, I could see his potential and even today, he still has more to give,” RabukawaqaNacewa says of the designer.

“I trust his judgment, his eye and his ability to create, plus there isn’t anyone else who will indulge a call from me for a dress, hair and makeup one hour before an event I think, so that’s why he is still my go to!”

Over the past decade, the Kuiviti collections on the FJFW would include a Miss Fiji or two, once or twice he even had all of the country’s most stand out pageant queens showcasing his garments on the runway.

Not to be outdone by his muses and lest people forget who the monarch actually was, Epeli could be trusted to throw in an impromptu performance in the middle of or as part of the finale of his collection.

It was a marketing strategy which would cement Tuibeqa’s reputation for dressing well some of Fiji’s most notable women leaders.

Whether it was flamboyant parliamentarians to serious business women, a music star, the graduate celebrating academic success or the countless women who want to feel like a queen on her wedding day, the Kuiviti label rose steadily.

While he worked on his brand behind the scenes, Tuibeqa attained formal training, collaborated with bigger more established Pacific brands, sending collections to the Pacific and beyond it even to Los Angeles Fashion Week.

When the pandemic struck, many in the lifestyle industry had positioned themselves for what was to be a good year.

Brand new fashion designers, musicians and artists who had set up shops were poised to break into new markets when the catastrophe of the end of the travel industry struck.

Epeli led a movement of creatives who took to social media to find new markets and new ways of keeping the creative arts and fashion relevant.

A twitter-based project he set up earned in excess of $40,000 for Fijian creatives during the lockdowns. As he rolled out collection after collection over the years — some of it getting finishing touches only metres from the FJFW runway —Epeli continued to work for FJFW and by the time of CO- VID-19, was ripe to become part of the events innovation to address the impact of the pandemic on the industry.

Epeli sat on the directors chair at FJFWx Palmolive 2021, completely responsible for the creative guidance and concept of the production of FJFW’s first virtual show.

He led a completely local team of events experts to produce digital shows in some of Fiji’s most iconic tourist locations to become one of the event’s most successful shows, albeit virtual.

“I couldn’t be more proud of the team who put this show together.

As an event, we have endeavoured to show that Fiji has a melting pot of people and rich cultures from which beautiful fashion wear can be made. Simultaneously, I am proud that the virtual show proves what our local events teams can do, showing the world we have what it takes to produce the best,” Whippy- Knight said.

Epeli, who now operates Kuiviti USA following a series of successful shows in California, is the last confirmed inclusion at FJFWxPalmolive 2022, showing at Resort Cruise on May 28 at The Vodafone Arena.

“We have seen Epeli rise from strength to strength and from the shores of Fiji across the region and to finally establish a base in the US! It is a pleasure to be able to announce that we have Kuiviti back home at FJFW.

His development as an artist, a business owner and fashion designer is without a doubt one of our proudest success stories.”