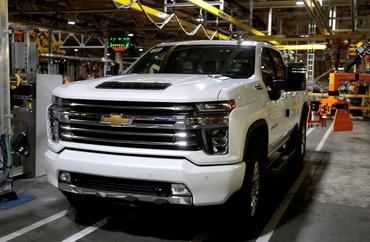 WASHINGTON (Reuters) – General Motors Co will cancel some truck production shifts this weekend at two U.S. auto plants because of the ongoing semiconductor shortage, the company said on Friday.

The largest U.S. automaker is canceling scheduled overtime production for Saturday at its Fort Wayne Assembly plant, in Indiana, and canceling a Friday night shift as well as overtime shifts for Saturday and Sunday at its Flint assembly plant, in Michigan. GM said it plans to operate all but one of its plants during two traditional summer shutdown weeks to boost production.