A song composed onboard a navy ship 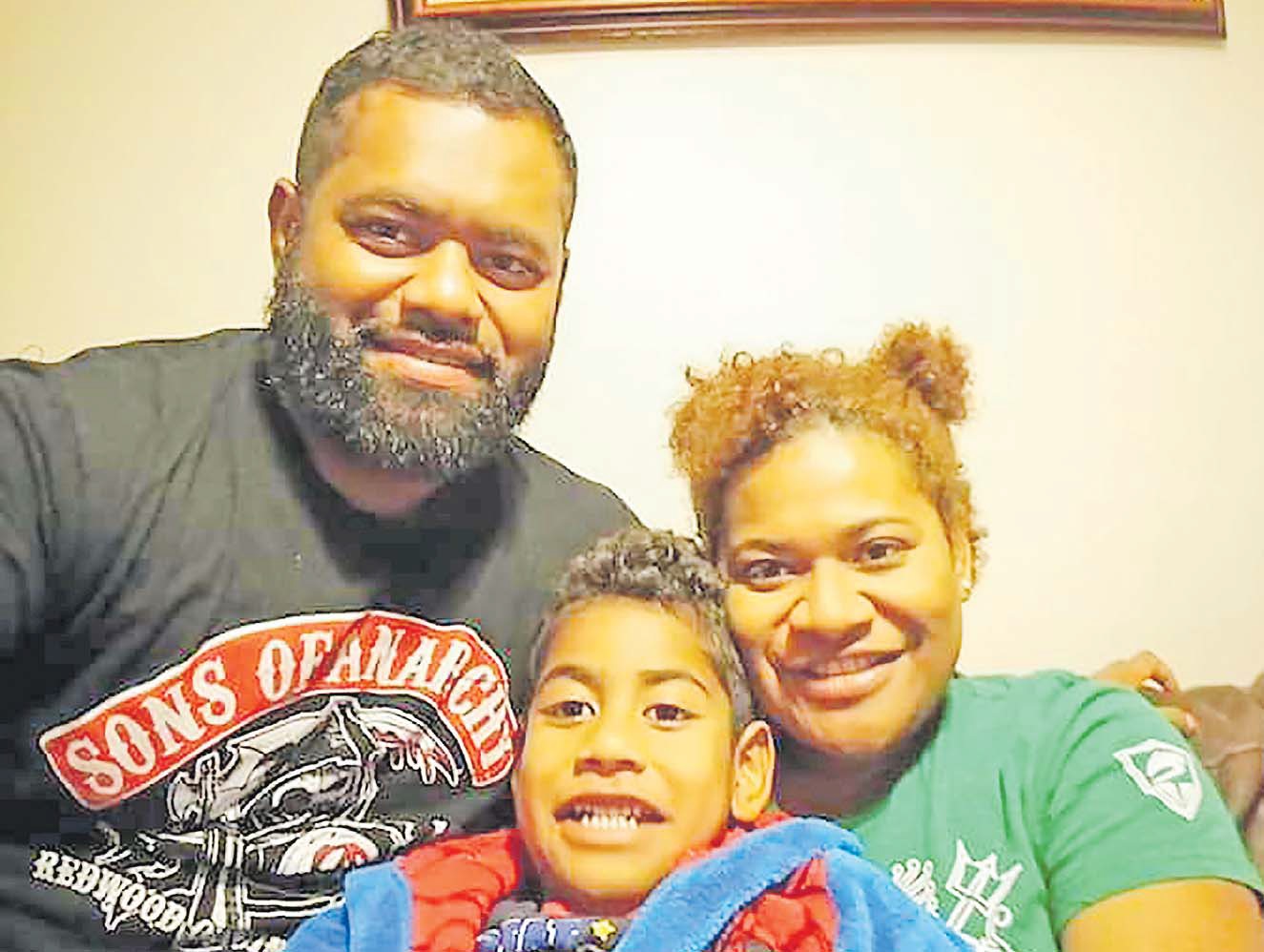 The ode to long-distance love was composed while he was deployed onboard the HMS Kent in the Persian Gulf – between the Arabian Peninsula and South-Western Iran.

Launched in the United Kingdom in 2014, the tune found its way to the top of Fijian radio charts in 2018.

To prove his success was no fluke, Nainoca dropped another single Mo Cegu last year.

“My first single Momosi Ni Yaloqu is a story about men and women in the defence force who face a lot of challenges when they leave their partners for deployment and the things that happen when loneliness creeps in,” the 36-year-old said.

“Sometimes the relationship collapses because of distance and having to leave our partners for quite a long time.

“And it’s a huge challenge when we have to deal with the hurt every day.

“We put on a smile but no one knows how much we are hurting inside, this is the story behind that song.

“If you want to tell a story about a certain experience, I believe the best way to express it is through a song.”

Nainoca said whenever he got the opportunity to visit Fiji, he would spend time in his village with relatives, where they would sit together and sing.

This year, he featured with UK-based iTaukei group Rosidamu Ni Igiladi in their song Voleka Mai.

He said the passion to sing was nurtured when he was young.

“Growing up in a family of talented singers is a blessing because it was the greatest motivation for my singing career.

“Through music, I was able to visit other foreign countries before joining the British Royal Navy in 2006.

“I toured the United States and France with the Laselase entertainment group as a teenager.

“But I couldn’t join the group during their tour to Spain because I was in school.

“One of our songs – Na Loju e Visi – was featured in the Fiji Sevens Olympic documentary – Sevens From Heaven. Nainoca says his music success has led to invitations to perform at special occasions across the UK during his days off.

“I am currently an engineer on board the HMS Nelson based in Portsmouth, UK – which is commonly known as the home of the Royal Navy.

“During time off work, I spend time composing songs and I was privileged to also feature in with the Rosidamu ni Igiladi, in their latest release this year, Voleka Mai.

“Most of the time I perform at special occasions as a solo artist because members of Rosidamu Ni Igiladi live quite far from where I live.”

He said most people thought his singing career had ended when he joined the Royal Navy.

With a supportive wife and network of friends, Nainoca said he was able to juggle work and at the same time continue singing. He says he has plans to release more singles in the future.

“I started to rediscover myself as a singer and composer during my deployment in 2014, that’s when I decided to start doing what I loved, that is singing.

“My only advice to young people is never let anything stop you from pursuing your dreams.”

Nainoca joined the British Royal Navy in 2006, where he served for more than ten years.

As a teenager, the former Ratu Kadavulevu School student began performing gigs at Shangri-La’s Fijian Resort and Spa in Cuvu, Sigatoka, before he joined the Laselase Entertainment Group that toured the US, France and Spain.

The group had their first recording with Mangrove Studio in New Caledonia in 2000.

Nainoca said singing and entertaining ran in his family – his uncles and aunts were part of Nainoca Gospel, a Christian group from Laselase Village, Nadroga, that held open-air crusades in Sigatoka Town in the ’80s.

His maternal relatives were a talented singers from the village of Sasa, Macuata, Vanua Levu.

Nainoca said he was inspired to compose songs, after the death of his father Ilaitia
Tukainivanua Nainoca in 2015.

His father was featured in the Australian film, Flynn, starring Guy Pearce.

Scenes in the movie were shot in Laselase Village in the ‘90s.