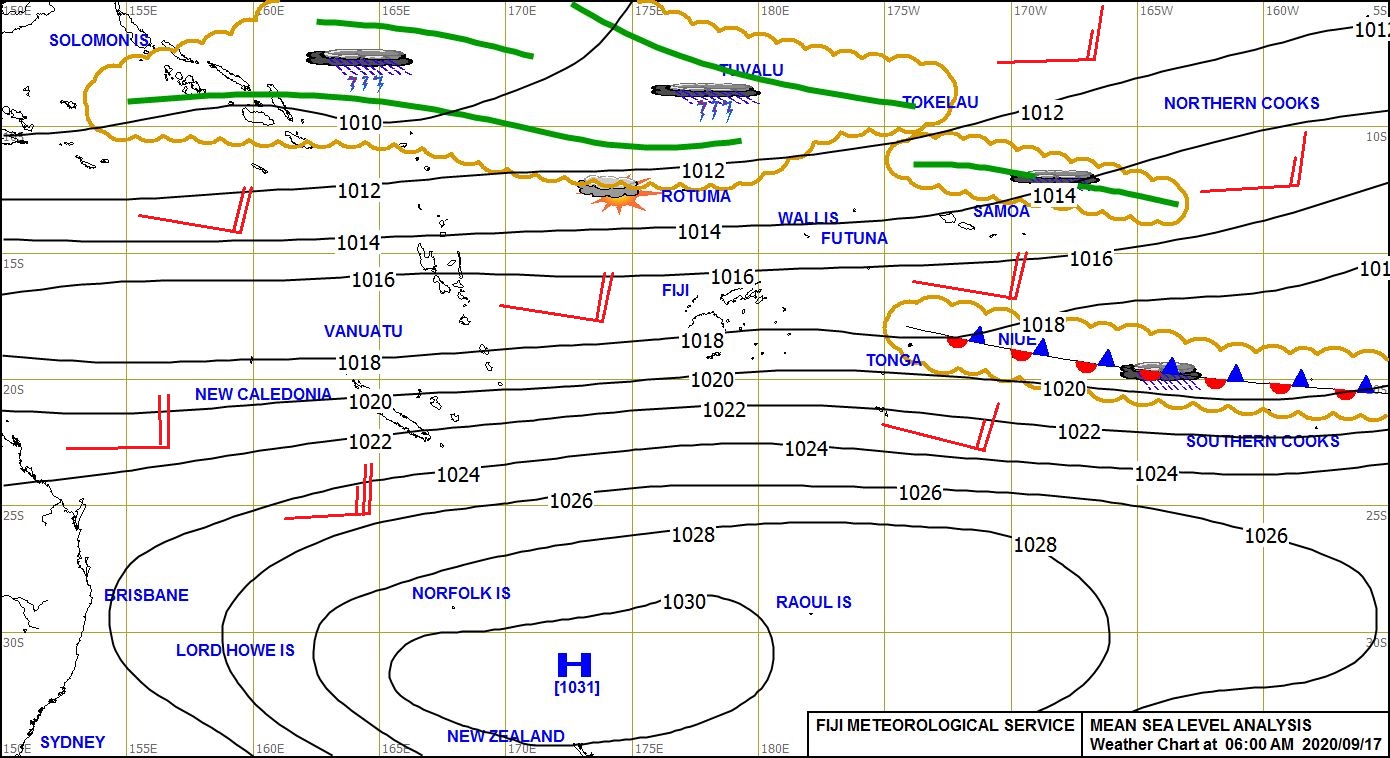 According to the Fiji Meteorological Service, a damaging heavy swell warning remains in force for the coastal areas of South West Viti Levu(Coast areas of Natadola to Coral Coast to Pacific Harbour), Southern coastal areas of Mamanuca group, Beqa, Kadavu and Vatulele.

This is due to an intensifying high pressure system to the southwest of Fiji directs a fresh to strong southeast wind flow over the group.

The high pressure system is moving east and is expected to generate and direct heavy swells over the southwest waters of the Fiji group from later today.

Forecast to midnight tonight for the Fiji group is expect Southeast winds with average speed of 50km/hr gusting up to 60km/hr. For Yasawa and Mamanuca groups and the northeastern parts of Viti Levu and Vanua Levu and Kadavu and nearby smaller islands.

For Lau and Lomaiviti group, Taveuni and nearby smaller islands, southwest parts of Viti Levu and Vanua Levu, expect fresh to strong winds with average speed of 50km/hr and gusts upto 60km/hr.

For the rest of Fiji group : Moderate to fresh southeast winds, gusty at times. Cloudy periods with brief showers over the eastern  parts and interior of the larger islands.