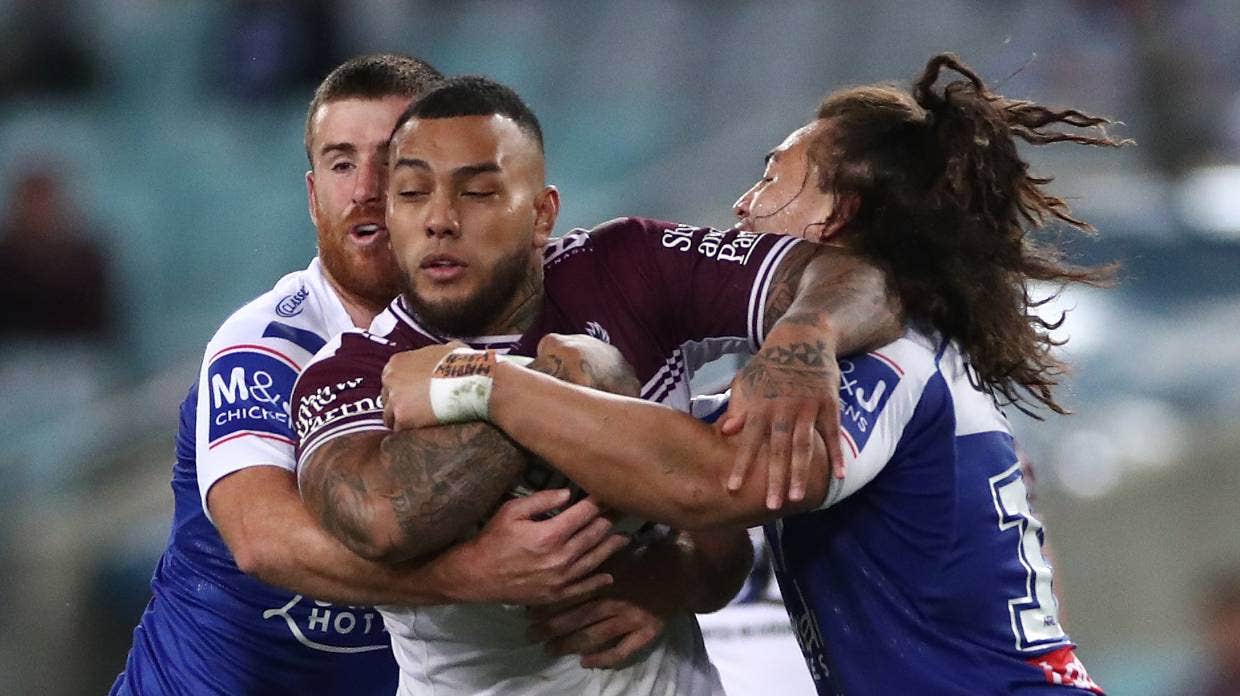 Addin Fonua-Blake would be the final piece of the jigsaw the Warriors need for next year's squad. Picture: STUFF SPORTS

The Warriors appear ready to outbid any other NRL club to secure Sea Eagles prop Addin Fonua-Blake next season.

It has been reported by Australian media that the Warriors have offered a three-year-deal for $850,000 a season to the 24-year-old who has been given permission to leave the Sea Eagles at the end of the year.

The Tongan and Kiwis international is available to any club outside of Sydney, so most of the 16 NRL teams can’t bid for him.

Once the Sea Eagles announced on Wednesday morning that they were willing to release Fonua-Blake two years early from his contract, the Warriors moved quickly to try to snap up a player regarded as one of the best props in the world.

Having missed out on Jack de Belin after offering him $700,000 a season, there’s clearly no salary cap issues facing the Warriors and few other clubs would be able to make an $850,000 a season offer for Fonua-Blake without having to offload other players.

Fonua-Blake would likely be the second highest paid player at the Warriors, behind Roger Tuivasa-Sheck who is on over $1 million a season.

The Sea Eagles are looking for this to be all concluded swiftly, which counts in the Warriors’ favour.

What’s not helping the Warriors in negotiations is the uncertainty on where the team will age based next season.

Ideally, the team would like to be playing home games back at Mt Smart Stadium, but because of the coronavirus pandemic and the doubt over when a trans-Tasman bubble will go up, the club are also making plans to base themselves in Redcliffe in 2021.

Fonua-Blake is looking to move into a settled environment outside of Sydney and even though his wife Ana, has family in New Zealand, it could be problematic for the couple to put down roots anywhere next season.

It’s unlikely the Broncos will go after Fonua-Blake, the Titans have signed David Fifita from next year on over $1 million a season and incoming Cowboys coach Todd Payten told Stuff on Wednesday that they won’t be going after Fonua-Blake.

However, that doesn’t mean Payten is full of admiration for the prop.

I think he’d go well in anyone’s team,” he said.

“He’s one of the top echelon of front rowers. He’s a really smart, aggressive player and would add to any team that could get their hands on him.”