Wallaby forward keen to play at home in Wellington 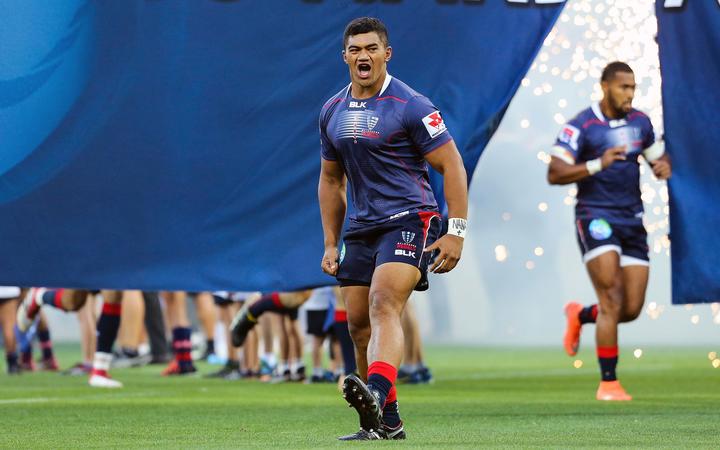 Getting game time during Super Rugby AU has given Jordan Uelese confidence ahead of the international rugby season. Photo: PHOTOSPORT

Wallabies forward Jordan Uelese is up to his 15th week away from his Melbourne home.

Life on the road for the Melbourne Rebels player is taking a toll but dreams of playing in front of family in the Bledisloe Cup game in his city of birth keep the 23-year-old positive.

The Wallabies are currently in Christchurch doing 14 days quarantine ahead of the first Bledisloe Cup game in Wellington on 11 October.

Before arriving in New Zealand the nine Rebels players in the national team had already spent all of the Australian domestic Super Rugby competition banished from their home state of Victoria which was where most of the country’s Covid-19 cases have come from.

“It has been tough I haven’t seen a family member or touched someone from my bloodline in a very long time,” Uelese said.

“But I guess in saying that you make a new family, these boys are my brothers now. These are the guys you rely on on the field so you’ve got to build those bonds off the field so that’s a positive.

“You go through your troughs and highs but being with the Wallabies and having the chance to make history and win the Bledisloe outweigh the home sickness.”

A injury-hit start to his Wallabies career has limited Uelese to just nine caps since his 2017 debut but his consistent game time with the Rebels has ready for more international rugby.

There are four hookers in the wider Australian squad but Uelese has some extra incentive to impress new coach Dave Rennie and get included for the their first Test against the All Blacks.

Uelese was born in Wellington and moved to Melbourne in 2008, but still has brothers and his dad’s older siblings living in the capital.

“I guess you could say it’s a home game for me, if I do get the nod that’ll be really special,” Uelese said.

“First time I am playing in Wellington since I left in my school days and it’ll be really exciting to play in the Cake Tin, never played there before, funnily enough, so I’m really looking forward to putting my best foot forward and doing everything in my power to put my name up for selection.”