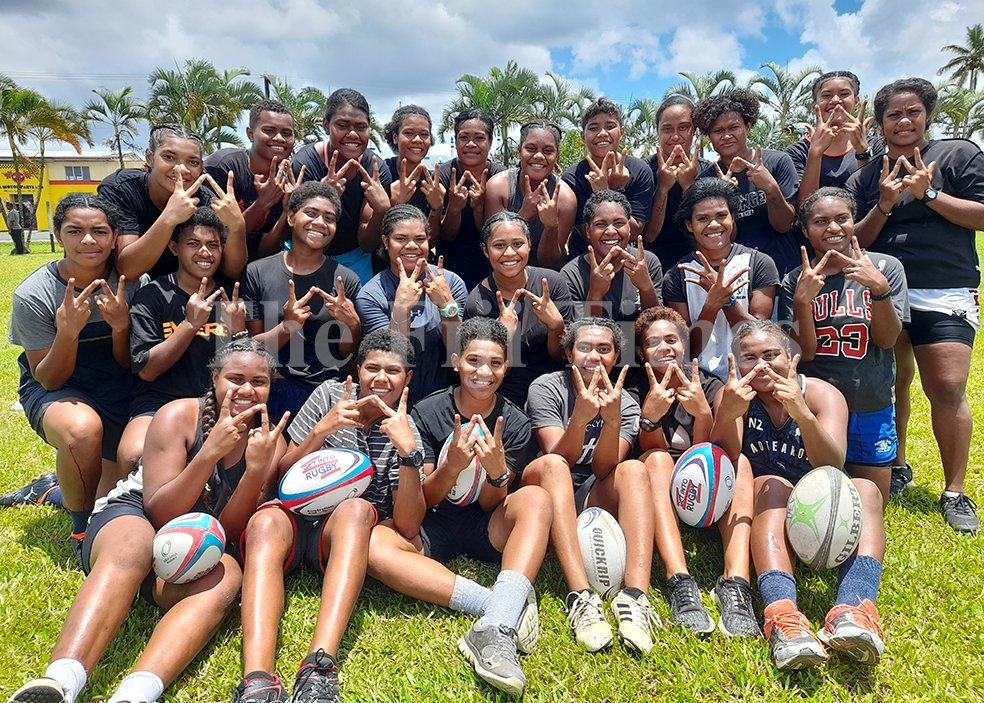 A new women’s team will take part in the Fiji Rugby Union sanctioned Super Sevens Series on November 12-13 at the ANZ Stadium in Suva.

The Waitui-Waidroka women‘s 7s team consists of teenage girls from the villages of Naselai, Nausori, Nakaile, Natogadravu and Sawani. The team comes under their youth club that was formed under the leadership of teachers and coaches in the Tailevu, Rewa and Naitasiri.

Team official Autiko Sevutia said they named the team Waitui-Waidroka because their members lived along the Rewa Delta and Naitasiri areas.

“We are grateful to have Fiji Rugby Union helping us,” Sevutia said.

“We cater for those under the age of 12, 14, 16 and 18 for boys and girls. This is a new team under the supervision of coaches who have no experience in coaching rugby, but it’s just the passion that drives us together.

We have our own chat group where we post up our training programs.

“We might not have the experience, the built nor the height, but it takes a lot of passion and hard work to achieve our goal. We will use this tournament to learn and gain more knowledge and showcase their talents.”

Naselai, Tailevu lass Siteri Virikoro is among the players and hopes that one day to represent Fiji.

“Having players such as Semesa Rokoduguni have set the bar for these young players.”