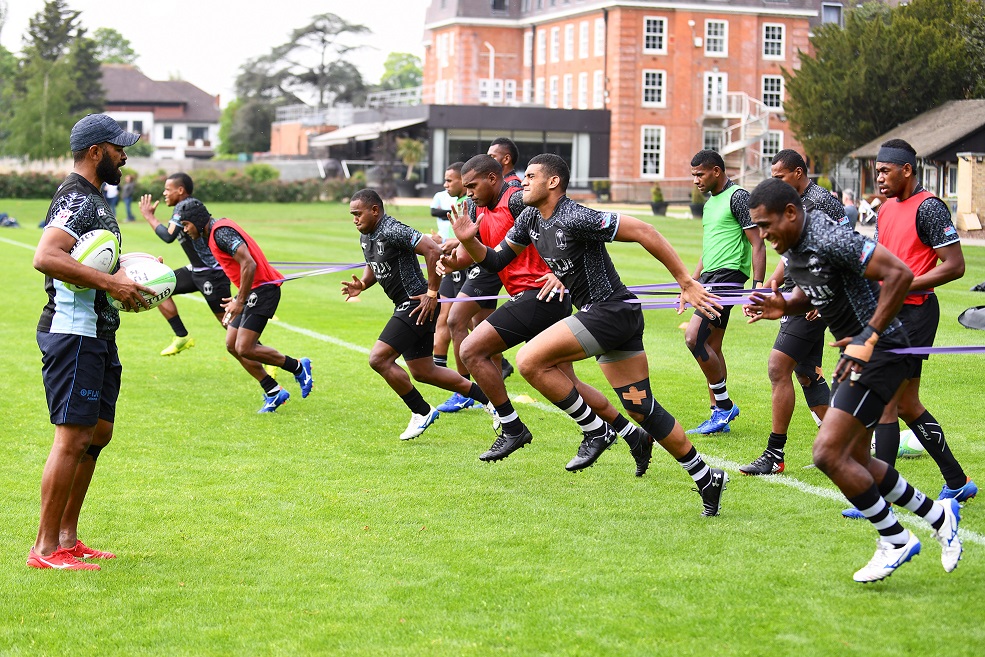 The Fiji sevens team go through resistance training under the watchful eyes of Nacanieli Cawanibuka in London. Picture: Supplied

FIJI needs to unleash the beast within itself this weekend in Twickenham if it wants to win the 2019 World Rugby Sevens Series, says former national halfback Waisake Bole.

The former Nasinu Rugby Club, Police and national halfback said the Gareth Baber-coached side should show its full potential starting at the London 7s this weekend.

“They have to awaken the warrior mentality in them now,” said Bole.

“Show the world that we play until the final whistle. Unleash the Fijian beast in you.”

Bole, who donned the white jersey in 2001 and 2002, said in the past Fijian players slowed down at the end of the series.

“That habit sometimes creeps in the last few weeks. I know this team can end that cycle.”

He said Fiji should not go to sleep in their pool matches against Samoa.

“Samoa is on sixth position and will try to finish strongly and France which surprised everyone when it reached the Hong Kong 7s final.

“Fiji needs to be ruthless. They have the firepower and vision in the team to do so. Use those and destroy whoever comes in your path. They will provide exciting rugby for the people of Fiji this weekend and like everyone else, I will be cheering them during every game.”