U.S reaffirms commitment to work closely with Fiji and the region 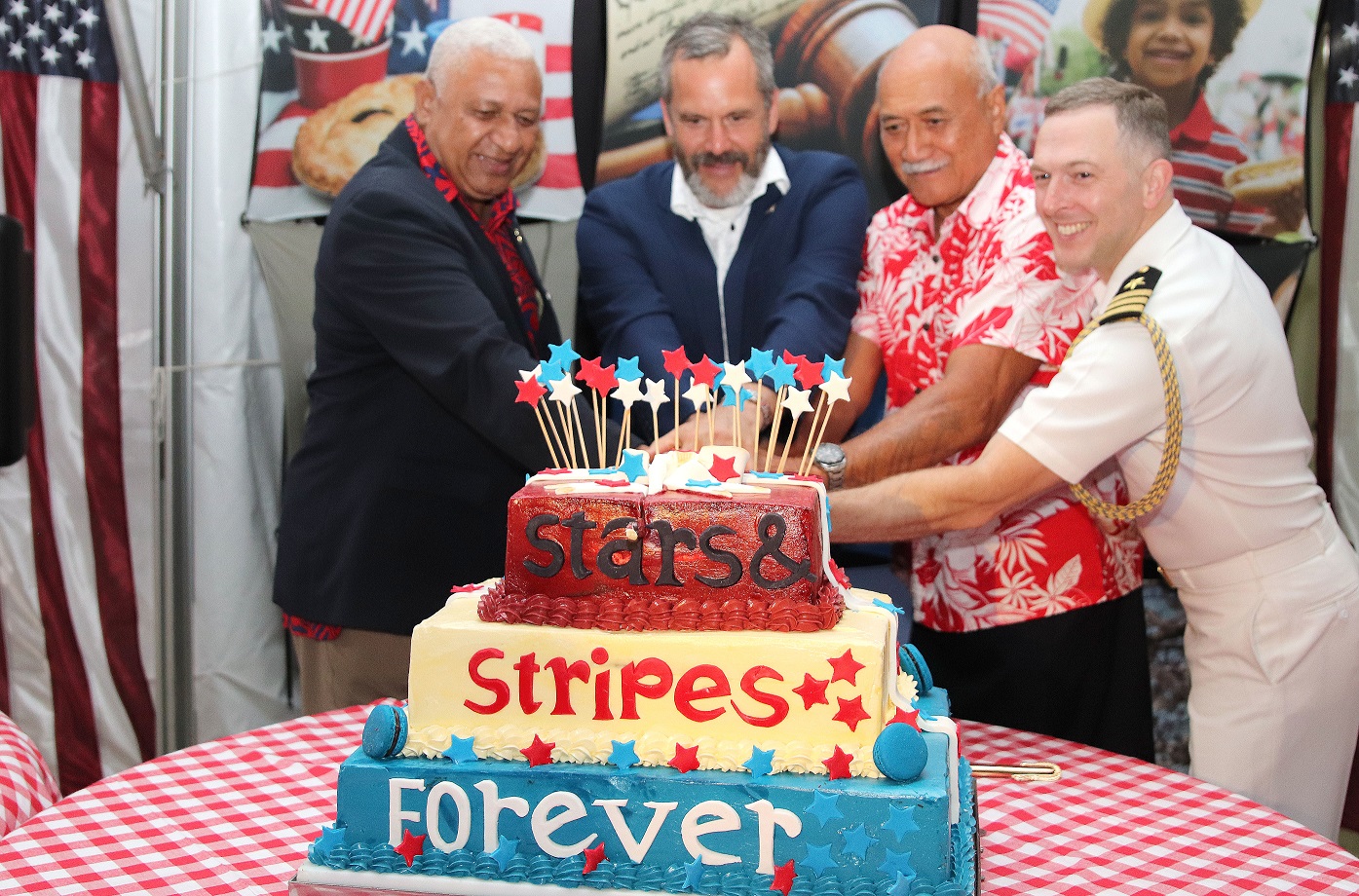 The United States of America has reaffirmed its commitment to work closely with Fiji and the region in advancing the shared vision of building lasting peace and prosperity.

This was the key message of the commemoration of the 244th anniversary of Independence celebrations with the theme “Stars and Stripes Forever”.

The program, organised by the United States Embassy in Suva last night, was attended by the Prime Minister Voreqe Bainimarama and members of the diplomatic corps, senior government officials, and multilateral stakeholders.

The 244th anniversary of the signing of the Declaration of Independence was on July, 2020.

United States missions around the world would generally celebrate the event with their host countries around that time.

However, due to COVID-19, the celebrations at the United States Embassy in Suva were postponed to September 17, which is also an important date as it marks the 233rd anniversary of the signing of the U.S. Constitution.

Speaking at the event, United States Ambassador to Fiji Joseph Cella reflected on the significance of the bilateral cooperation between Fiji and the United States.

“The United States and Fiji share a very special bond, based on partnership, peace and friendship.  On this 244th Anniversary of the United States Declaration of Independence we celebrate the birth of democracy, freedom, independence, and our many blessings,” Mr Cella said.

“The principles and values that Fiji and the United States share: freedom, sovereignty, family and faith, bind us together.  We look forward to working with Fiji, and our allies and partners in the region, to further promote honored and hallowed principles and values.”

He commended Fiji’s remarkable achievements on the 50th Independence Anniversary and also reaffirmed the United States commitment to deepening engagements with Fiji and the region.

“The United States values the long-standing, vibrant partnership we have with Fiji and the Pacific, and we commend Fiji on its 50th year of Independence.”

In addition to celebrating 50 years since Fiji’s Independence we are also celebrating 75 years of peace in the Pacific.

“We recently held a ceremony commemorating the 75th anniversary of the end of the Second World War.  We have worked in partnership for the last 75 years to maintain this peace in the region, and we look forward to continuing to work together towards long-lasting peace and prosperity throughout the Indo-Pacific region,” Ambassador Cella said.

A congratulatory message was conveyed by Mr Bainimarama to the President of the United States Donald Trump on USA’s 244th year of Independence.

In a special message recently conveyed by the White House to the Prime Minister, President Trump expressed his appreciation to MR Bainimarama for his thoughtful remarks on the occasion of the 244th year of Independence.

Fiji and United States share common values and principles that provides the foundation for enhanced engagement and cooperation both now and in the future.

The Stars and Stripes Forever is also the name of a patriotic march composed by John Philip Sousa that was designated by Congress in 1987 as the official National March of the United States.

As the symbol of the United States of America, our flag will forever wave over our nation along with the ideals it encapsulates – democracy, justice, liberty, equality and prosperity.