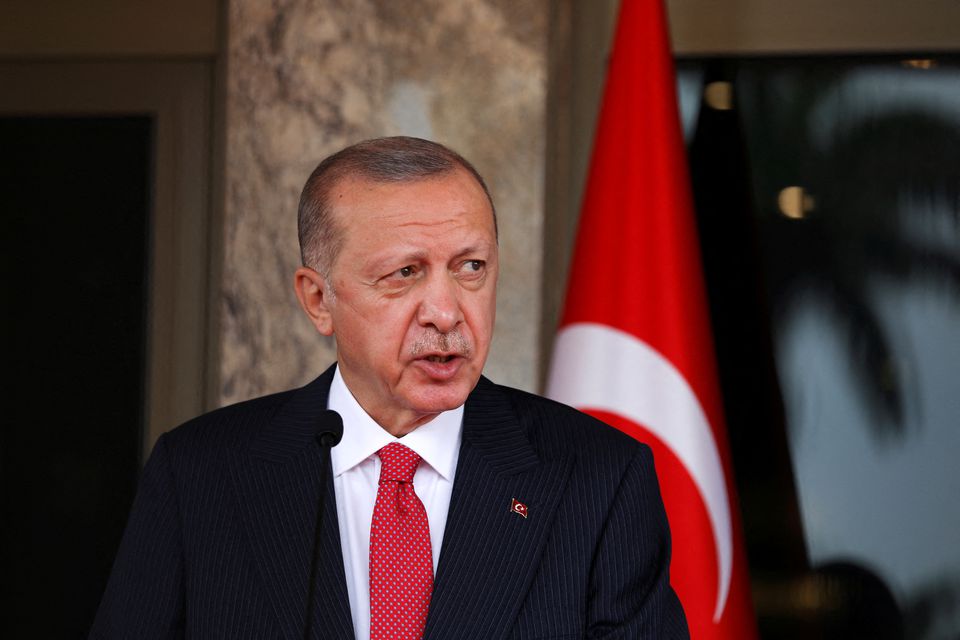 ANKARA, Jan 18 (Reuters) – Turkish President Tayyip Erdogan was cited on Tuesday as saying the prospect of a Russian invasion of Ukraine was not realistic and that he needed to discuss the crisis with Russian President Vladimir Putin.

The West has voiced fears of a possible invasion of Ukraine by tens of thousands of Russian troops gathered near its border. Russia has denied such plans. read more

“I don’t view Russia’s invasion of Ukraine as a realistic approach because Ukraine is not an ordinary country. Ukraine is a strong country,” Erdogan told reporters on a trip to Albania on Monday, according to broadcaster NTV.

“For Russia to take that step, it would need to revise the situation in the whole world and its own,” he said, adding the region could not accept a war anymore and that such a move will “not be right”.

“Of course, we need to put these issues on the table with Mr Putin and discuss them.”

NATO member Turkey has good ties with both Kyiv and Moscow, but opposes Russian policies in Syria and Libya, as well as its annexation of the Crimean peninsula in 2014.

While forging cooperation with Russia on defence and energy, Ankara has also sold sophisticated drones to Ukraine, angering Moscow.

In November, Erdogan said Turkey was ready to be a mediator in the crisis, an offer that Kyiv welcomed but Moscow dismissed. Ankara has also said sanctions on Russia would not be a solution to the issue.