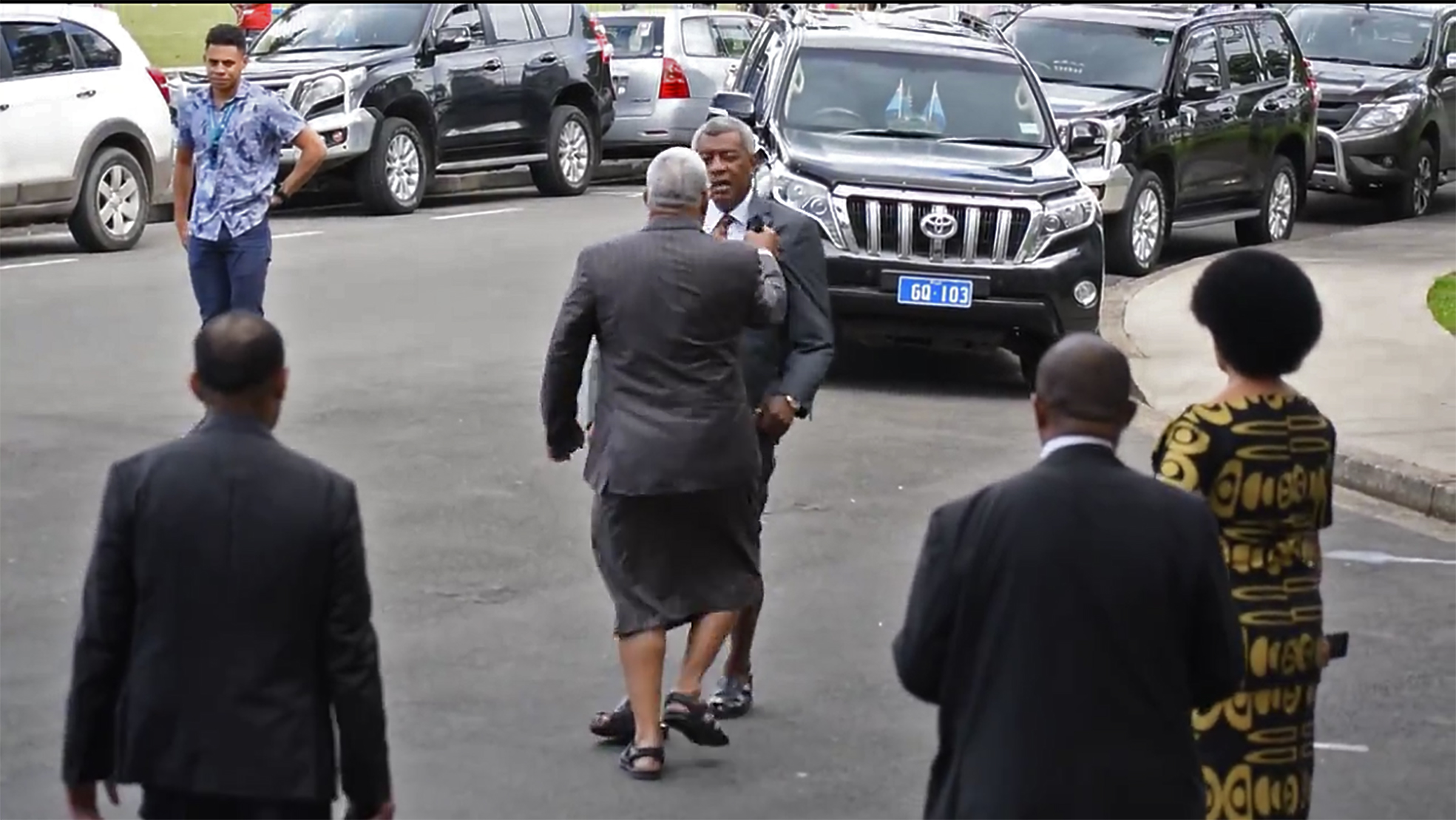 Prime Minister Voreqe Bainimarama is seen here with his hand on the lapel of the Opposition MP Pio Tikoduadua's jacket in this video footage grab. Picture: SUPPLIED/VIDEO FOOTAGE

THE Office of the Director of Public Prosecutions (ODPP) has received the investigation file regarding the report of assault lodged by suspended MP Pio Tikoduadua.

Acting Commissioner of Police Rusiate Tudravu said the investigation file was handed over to the ODPP on Friday for independent legal advice.

“We will make further comments once a decision is made by the Office of the DPP,” ACP Tudravu said.