Trio commended for their service to Netball Fiji 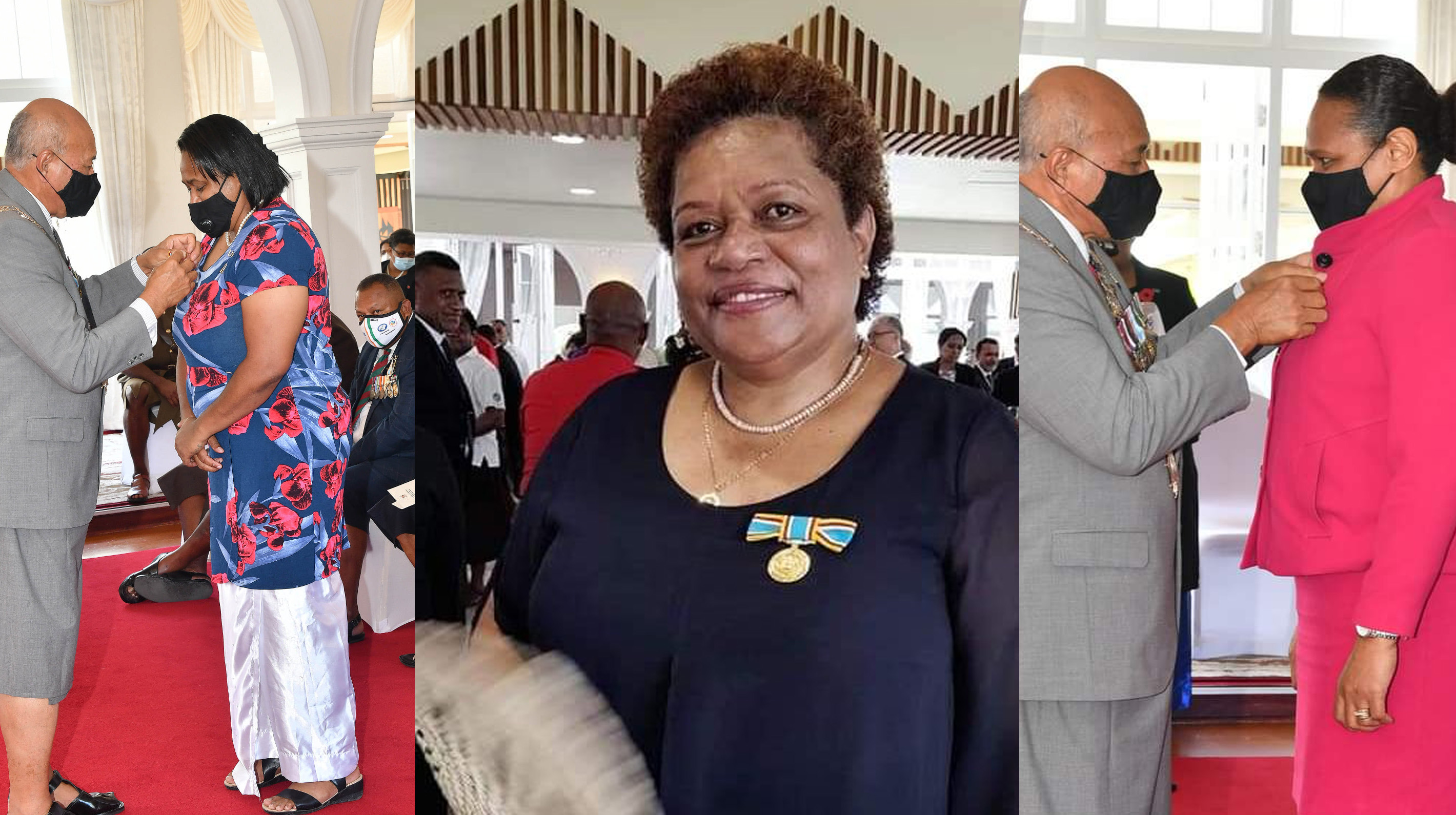 Netball Fiji is proud that Wainikiti Bogidrau, Vasiti Vocea and Unaisi Rokoura were bestowed the 50th Anniversary of Independence commemorative medal for service to netball and sport in Fiji. Netball Fiji chief executive officer Vivian Koster congratulated the trio for their well-deserved recognition.

“The netball community is always proud to celebrate the achievements of its members, and Wainikiti, Vasiti and Unaisi have a long history of contributing to the continued growth of the sport,” Koster said.

Bogidrau said it was truly a humbling experience to be recognised, honoured and rewarded with the commemorative medal.

She appreciates that others (netball administrators) were there before her, with and alongside her during her tenure as Netball Fiji president for 10 years.

She dedicates the medal to those selfless individuals who would have been deserved recipients as well.

“It has not been an easy journey, but our sport has come out stronger and resilient over the year and I know that we are definitely destined for greater things ahead.”

Bogidrau is the president of the Oceania Netball Federation and the Oceania representative to the World Netball board.

She previously served as the president of Netball Fiji from 2010 to 2019.

For Vocea, the award is an honour and she is grateful for the acknowledgment of her work and her contribution to netball.

She is proud that netball, being a women’s sport, is being represented and acknowledged.

Vasiti made her debut for the Fiji team in 1986 at the age of 16, representing Fiji at the 8th World Netball Championship (now known as the Netball World Cup).

She has represented Fiji at four Netball World Cups and five South Pacific Games and retired from netball in 2003.

While representing Fiji on the world stage, Vocea completed her Bachelor’s Degree and Master’s programs, got married and became mother to three children.

She also represented Fiji internationally in basketball and volleyball. Since finishing her playing career, Vocea has been the president of the Suva Netball Association and is currently the president of the Lomaiviti Netball Club, a proud local club with 51 years of history and 12 teams.

She hopes to remain an inspiration for young girls and her message to young netballers is to remain disciplined on and off the court, this will help you achieve more than you can imagine.

Rokoura has been a household name for netball in Fiji and for her, the award didn’t feel real. When she received her call from the President’s Office, she felt she was being pranked.

The honour has truly left her speechless, but she to thank God and her parents for making her deserving of this honor.

She is grateful to the government of Fiji for this recognition, she feels honored and privileged.

Rokoura made her debut for the Fiji team in 1995 and became captain in 1997 until 2006 when she officially retired from playing. In 2000, while still a member, and captain, of the Fiji senior team she began her coaching career.

She has remained actively involved in netball and is currently the country coordinator for the Pacific Sports Partnership’s NetGO Fiji program, a partnership between Netball Fiji and Netball New Zealand, supported by the New Zealand Ministry of Foreign Affairs and Trade.

She has done great work for the development of netball at community level under this initiative.