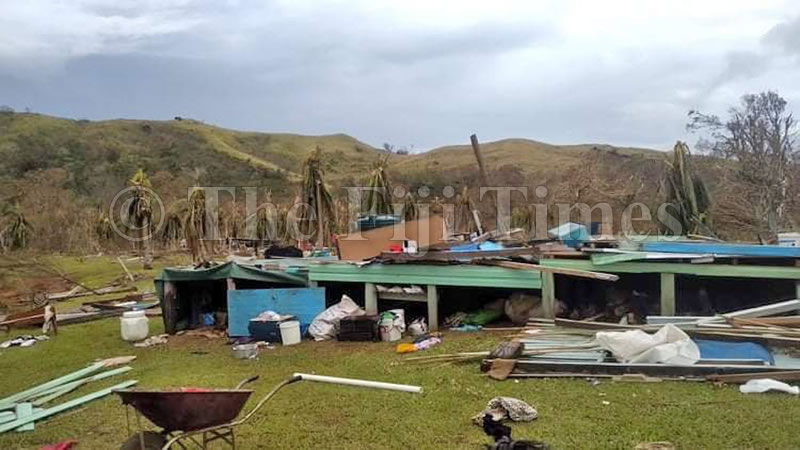 Remains of a ravaged building in the aftermath of STC Yasa in parts of Macuata. Picture: SERAFINA SILAITOGA/FT FILE

Fiji is likely to be hit by one to three tropical cyclones from November 2021 to April 2022, one of which will be a severe system, stated the Fiji Meteorological Service in its 2021/22 Tropical Cyclone outlook released yesterday.

And the Western Division will face an “elevated risk”.

Fiji Met stated an analysis of past cyclone tracks showed that a greater number of tropical cyclones which affected Fiji in seasons similar to present, passed through the Western Division.

“Hence, there is an elevated risk of tropical cyclone activity in the Western Division.

“Similarly, TCs also affected other parts of Fiji in seasons similar to present in the past. Therefore, all parts of Fiji should be equally prepared for the coming tropical cyclone season.”

In total, four to six named tropical cyclones are expected between November 2021 to April 2022 in the region.