This will really help 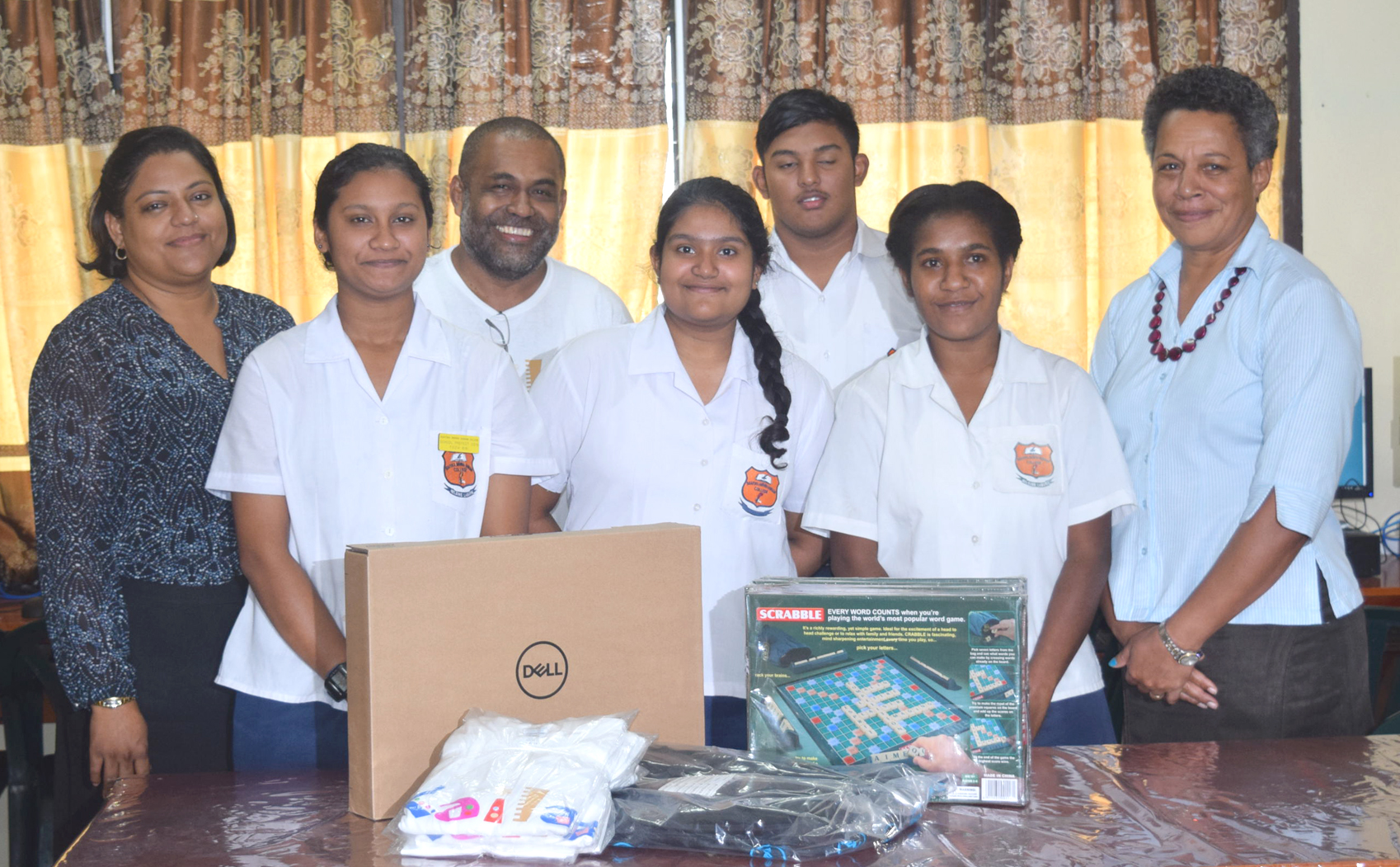 “ THIS will really help our students develop their language skills,” said Sigatoka Andhra Sangam College principal Kinisena Kurisaqila.
Mrs Kurisaqila made the comment when receiving the KAILA! two-person team which visited with their prize for being the first placed school in last year’s Design Your Own Newspaper project.
The Sigatoka school won prizes worth $1500, while second placed Natabua High School won prizes worth $1000 and third placed Nadi Muslim College had asked for prizes worth $900.
All schools also received several Kaila T-shirts. NHS, which has been a ranked school for the past several years, according to DYON teacher in-charge Elenoa Tamani, had a system in place.
Ms Tamani said their DYON team each year recruited members from years 9 and 10.
As the years progressed, those students, she said, gained experience not only in matters relating to the project but more importantly first hand
knowledge of topics learnt in the classroom.
NMC principal Saimoni Nalewabau, while thanking Kaila!, said they would definitely be part of the project again this year.
Staff members said they had just been discussing getting wall clocks for each classroom when they were told wall clocks were on the way as a result of the school doing well in last year’s DYON project.
The project has been run for more than 10 years allowing students to share with our readers what they think is important. In the process of sharing their stories, they also learn to do so in a responsible and balanced manner.
Schools wanting to be part of this year’s project, which will be held during the second term, can contact either Sailosi Batiratu on sbatiratu@
fi jitimes.com or Senimili Bradburgh on sbradburgh@fijitimes.com.fj.