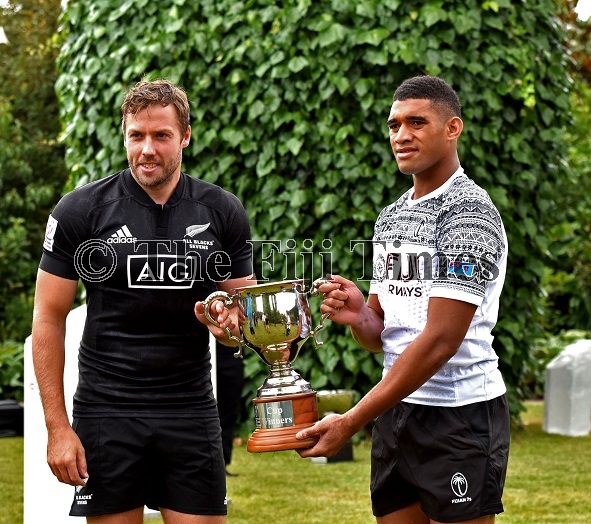 THE Springbok and Scotland teams have rated Fiji to retain the New Zealand 7s title in Hamilton this weekend.

Fiji had to fight hard to stop South Africa in the final last year, but its captain Steadman Gans has again rated Gareth Baber as the wizard of Hamilton this week.

“Fiji is always a good team. They are never to be underestimated. I think they will win it this weekend,” GaWe are capable of beating each other. We have to be on top of our game. There will be intense games in our pool but we want to be in the stage to go into knockout stagesns said.

He said South Africa would play its cards right if it wanted to break Baber’s winning feat in NZ.

“If we can implement our approaches to the best of our abilities, we will have a great shot.”

Scotland’s Dougie Fife, 29, a player who has tasted Fiji’s rugby wrath, let the cat out of the bag when questioned about Fiji. “Fiji, boy, sometimes we want to avoid them,” he said with a big breath.

“Every team rates the Fijian team high. They have made history in 7s and are the best team in the circuit. “They come with new faces every year and they are hard to beat. I think they can do it again this year.”

The big 1.85 metre winger who weighs 90kg, has been around the World Rugby Sevens Series since 2010. He plays for Edinburgh Rugby Club back home and came through the ranks in Scotland’s under-15, U19, U20 and is a Scotland 15s rep. He said playing against the Fijians were “scary.”

“I play with big Bill Mata and Eroni Sau at home. They are big, fast and tough. They are among our best players so I tell you, Fiji will be hard to stop this week.”

But the Fiji coach is wary that teams are out to crush him.

“We want to be champions again,” Baber said. We have Samoa, Australia and Argentina. .”

Rugby – No switch to dates for Lions tour despite Olympics clash

Factbox: Sports events around the world hit by coronavirus pandemic