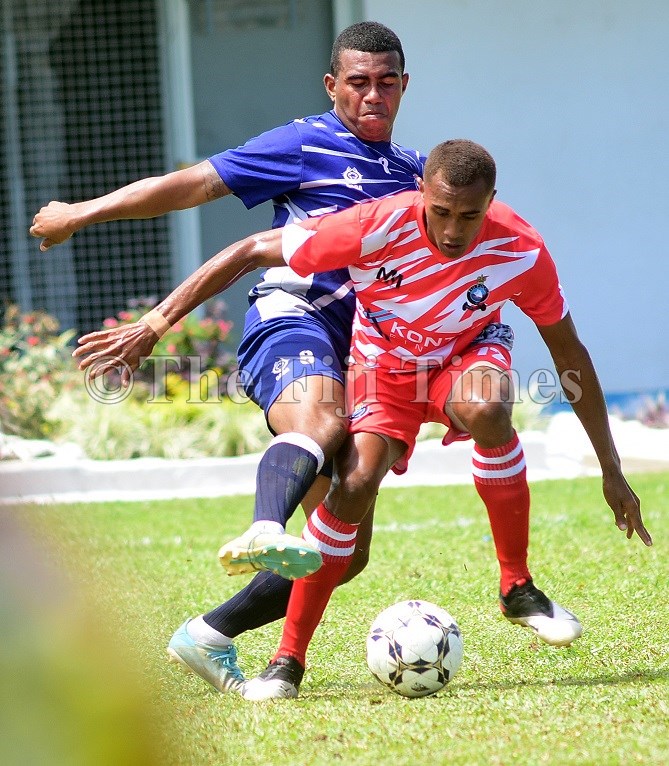 Action from the PRSU against Eastern Division match during the Fiji Police Force IDC at the Nasova ground yesterday. Picture: ATU RASEA

The Fiji Police Force acting deputy commissioner of Police, Itendra Nair, says it has stressed to its officers the importance of keeping sports drug free and being effective ambassadors to the community.

With a number of district players who are also serving police officers, Nair said they were looking forward to a great three-day tournament.

“We have district representatives in all eight teams and as per commissioners directive we must make sure that our efforts outside are replicated internally as well.

“We are connecting with the directives of FIFA and Fiji Football in terms of keeping the sports free of drugs and we will be conducting tests on our officers too. The Police Service Response Unit are the current defending champions.