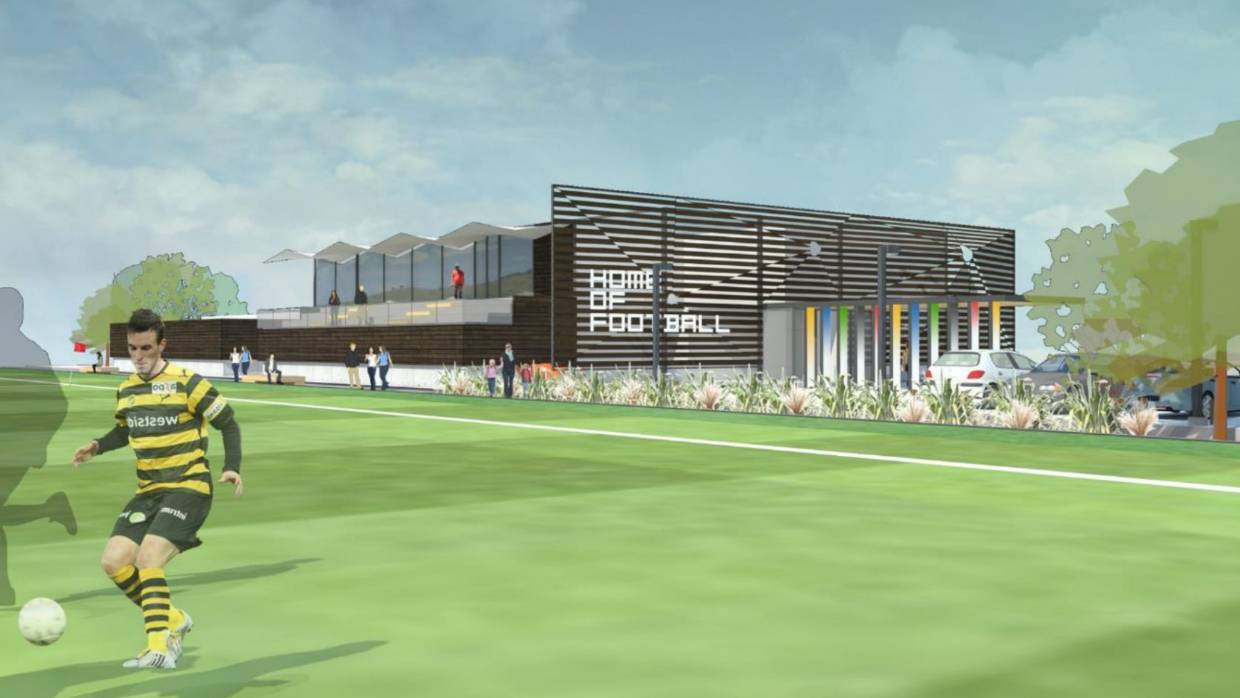 An artists impression of the new "Home of Football" near New Plymouth, could be built in stages. Picture: STUFF SPORTS.

A $5m ‘Home of Football’ in Taranaki could be built in stages until roading authorities get resource consent to re-align a busy state highway next to the proposed venue.

The multi-pitch playing facility on Airport Drive, north of New Plymouth, was first mooted in 2017, with construction targeted to start in late 2019.

But discussions between Central Football, which administers the game in Taranaki, Waka Kotahi New Zealand Transport Agency (NZTA), and New Plymouth District Council (NPDC) have yet to reach a start date to begin work.

The road re-alignment is part of a major roading project between New Plymouth and Waitara to make the notorious stretch of SH3 safer following multiple road fatalities in recent years.

“NZTA are not to blame for any delays in our project,” he said.

“We bought the land but we can’t fully develop it until we know what the footprint will be.”

McGifford said the permanent football hub was not dependent on the roading alignment going ahead, and a temporary venue could still be built.

“A full development cannot be built until 2026 at the earliest, but there is an opportunity to have staged development which we are working through.