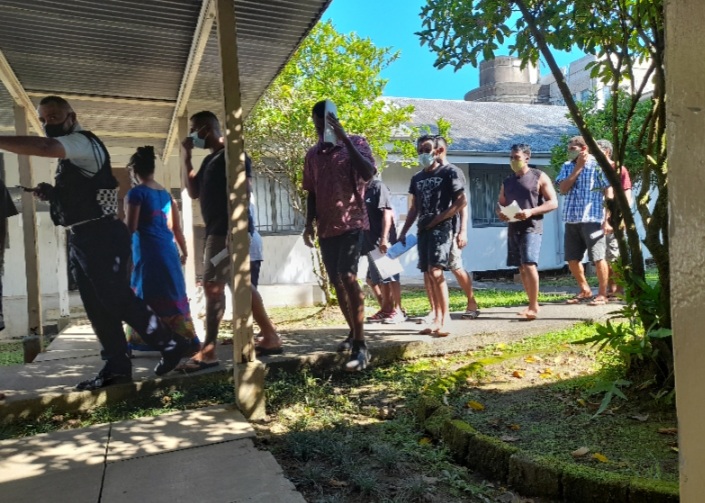 Part of the group that appeared in court for curfew breach. Picture: SOPHIE RALULU

A 21-year-old tertiary student who claims that he was on his way to buy toilet paper when arrested by police during curfew hours appeared before the Suva Magistrates Court today.

Livai Seroma was among a large group of people who appeared before Magistrate Thusara Thenakoon charged for breaching curfew restrictions during this lockdown.

The court heard that he was walking along Ragg Avenue in Namadi during curfew hours when he was arrested by police on May 15.

And when questioned by police, the accused said he was going down the street from his home to buy toilet paper.