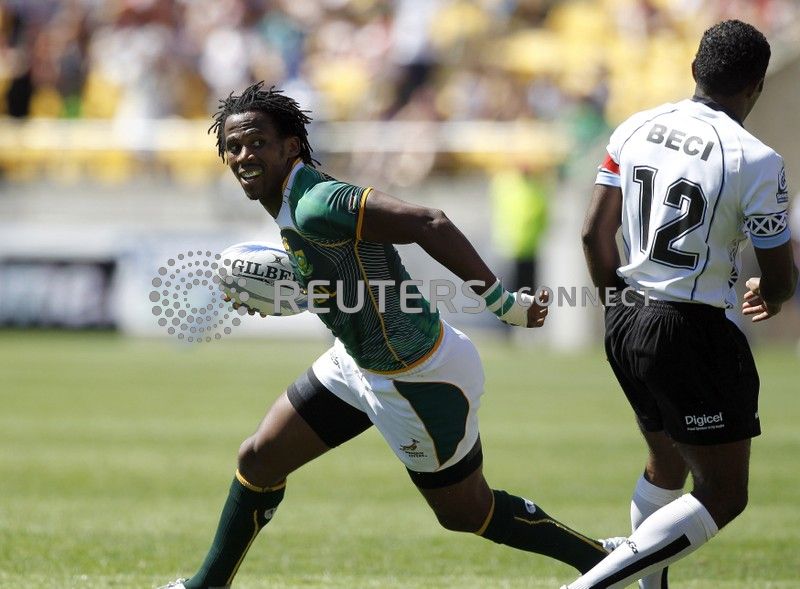 TOKYO (Reuters) – South Africa have to shut down two high speed Japanese ‘Ferraris’ if they are to prevail in the World Cup quarter-final on Sunday, according to Springboks assistant coach Mzwandile Stick.

Japan have electrified the World Cup with their high-tempo game plan devised by coaches Jamie Joseph and Tony Brown with wingers Kenki Fukuoka and Kotaro Matsushima the chief beneficiaries of the speed at which the team are playing.

Matsushima is the tournament’s joint-top try scorer alongside Wales’ Josh Adams with five, while Fukuoka has crossed four times, twice against Scotland on Sunday, which helped the Brave Blossoms into their first quarter-final.

“Jamie Joseph compared their two wings (Fukuoka and Matsushima) to Ferrari cars, so we have to not allow those Ferraris to go to fifth gear or sixth gear,” Stick told reporters in Tokyo on Tuesday.

“We must make sure we are at our best with our defensive systems, because they are very skilful and have quick players.”

Stick said it was obvious the influence that New Zealander Brown in particular was having on Japan’s style of play, with the philosophy “to put the ball through the hands” and comparing it to the speed at which the All Blacks counter attack.

Their backs also play at depth, which allows them to change the focus of attack quickly, and hit the ball at pace close to the line.

“We know their plan is to keep the ball in play for close to 50 minutes, so that means it is going to be a tough challenge for us.”

The fact South Africa could end the host nation’s run through the tournament had not been lost on the Springboks, especially with their news conferences heavily attended by local media.

Coach Rassie Erasmus was almost apologetic on Monday that his side could be the one to end Japan’s hopes — even though he added they were “the enemy” this week.

Stick repeated the message on Tuesday, stating how much the team had enjoyed being in Japan having arrived more than two weeks before it started to play the hosts in their final warmup game on Sept. 6, but they would need to ensure they took the passionate home crowd out of the equation at Tokyo Stadium.

“We could hear the vibe at the stadium at Yokohama (for Japan against Scotland) when watching on TV. It’s going to be a tough challenge.”