Steel hold on for win after Taneisha Fifita ordered off 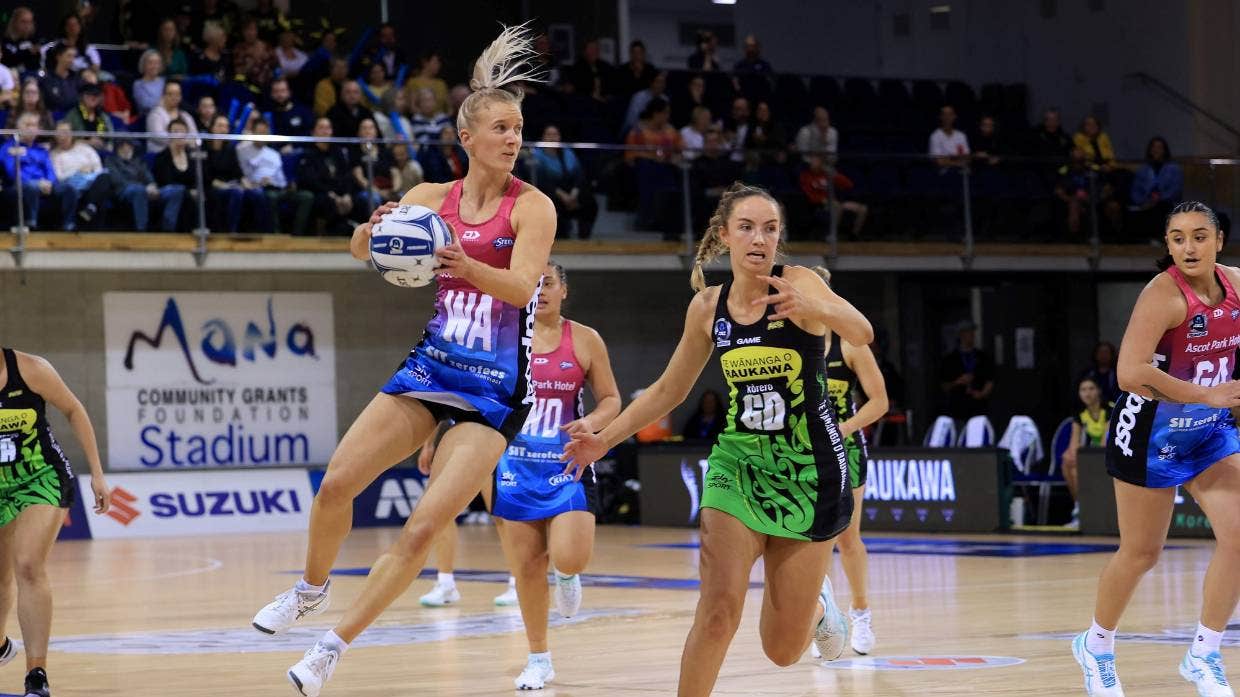 The Central Pulse’s title defence is in tatters following their fourth loss from five games to start the ANZ Premiership season.

For the second time in three weeks, the Southern Steel prevailed over the Pulse, winning their first away game of the season 56-52 in Porirua on Sunday.

The Pulse have lost three straight games and face the daunting challenge of the unbeaten Stars in Takanini next Sunday.

Controversy struck late in the contest with the Steel forced to finish the game with six players. Defender Taneisha Fifita was sent from the court for two minutes for “dangerous play” after a heavy challenge on Claire Kersten with just over a minute left. Fifita had been warned earlier by the umpires for persistent infringing.

It didn’t matter for the Steel, who hung on to win by four goals in a game, where they led after every quarter.

With 10 round games left, the Pulse still have time on their side, but in a 1-4 hole, the two-time defending champions need to quickly find form.

The challenge for the new-look Pulse only increased when star shooter and Silver Ferns captain Ameliaranne Ekenasio announced last week she was pregnant with her second child and will miss the rest of the season.

Defensively, the Pulse are missing the firepower of Katrina Rore (recent new mother) and Karin Burger, who joined the Tactix this season.

The Steel deserve plenty of credit, responding every time the Pulse threatened to push ahead on the scoreboard.

This was an important win for the Steel, who have surprised many to start the season, and hold a three win-two loss record through five games with nine competition points.

Battles between these two great rivals, who have won all four ANZ Premiership titles since 2017, are typically close and this was no different.

The Pulse were much improved from Monday’s disappointing home loss to the Mystics, where they were outscored 22-8 in the third quarter, but couldn’t nab their second win of 2021.

Turnovers at critical times, especially in the last quarter, crippled the Pulse, who had nine less attempts at goal than the Steel.

The Pulse missed just two of their 54 attempts, but squandered ball proved their downfall on attack.

With 13 minutes left, it was anyone’s game with the Pulse drawing level at 43-all having been behind since early in the first quarter.

The Steel pushed ahead with three unanswered goals midway through the last term, but the Pulse refused to go away with goal shoot Aliyah Dunn leading the way in the shooting end.

Trailing for much of the first half, the Pulse took some confidence into halftime with a crucial 3-0 burst late in the second quarter.

Having been down by as many as six goals, the Pulse would have been content to head into the main break down by just three (30-27) after committing 12 turnovers in the opening 30 minutes.

Three unanswered goals from the Pulse to start the second half levelled the score at 30-all, bringing the boisterous crowd at the Te Rauparaha Arena into play.

The Pulse let themselves down with silly errors creeping into their play and the Steel replying with a 5-0 run of their own to surge ahead again.

They set up a frantic final quarter with a strong end to the third term, trimming the Steel lead to 42-40 at three-quarter time.

The southerners took a deserved 18-14 lead into the first quarter break, capitalising from six Pulse turnovers.

Midcourters Shannon Saunders and Kate Heffernan, standouts throughout the game, caused early problems for the Pulse defenders, sending accurate ball into their shooters.

Pulse coach Gail Parata wasn’t happy with goal keep Kelera Nawai at the end of the first quarter, having stern words with her after struggling to stop English shooter George Fisher.

Fisher dominated Nawai in the first 15 minutes, notching 13 goals from 14 attempts. She finished with 44 from 49, continuing her impressive start to the season.