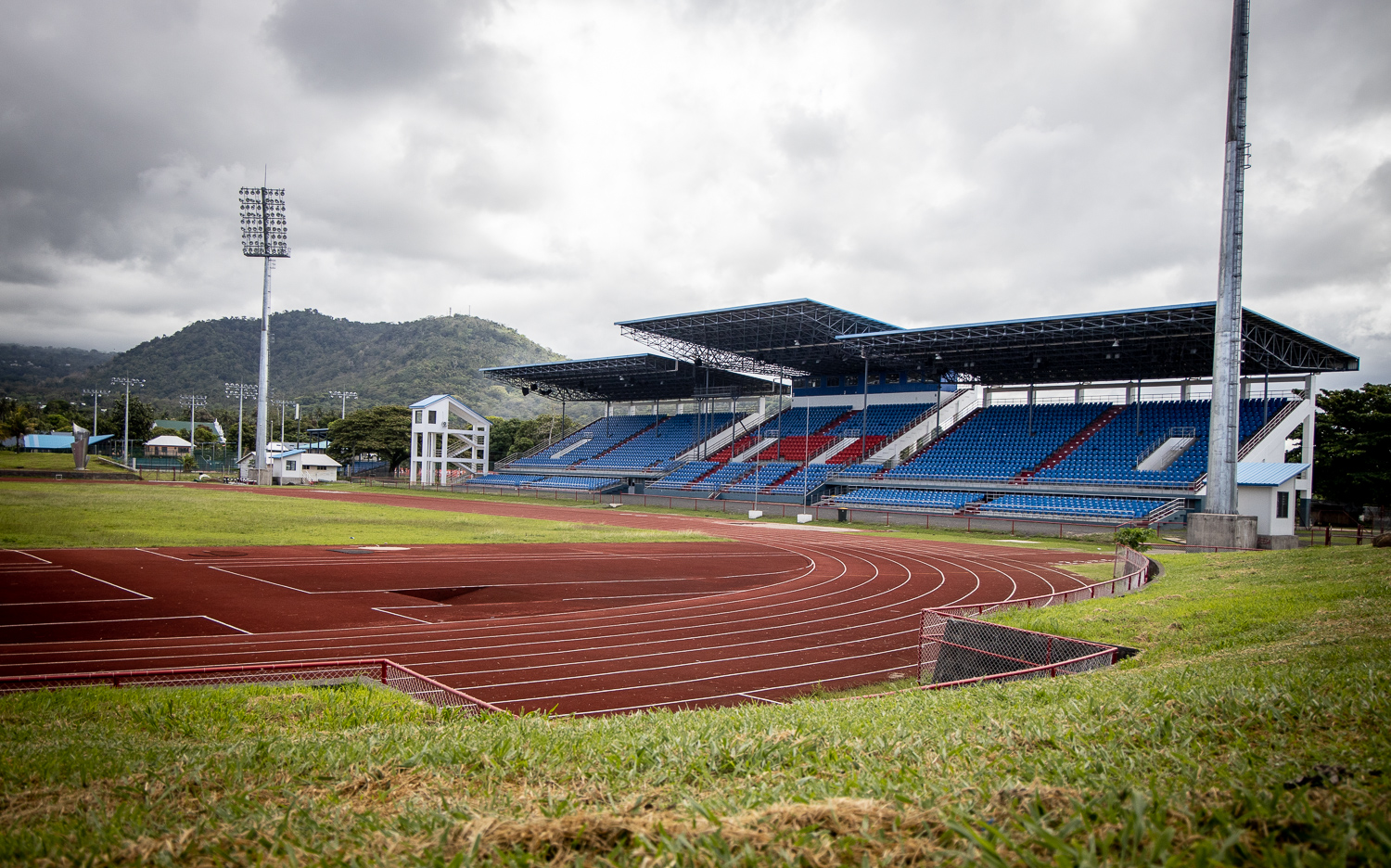 Apia Park Stadium, originally built by China in 1983 then renovated twice in 2007 and 2019. Picture: SAMOA OBSERVER

APIA, 13 NOVEMBER 2019 (SAMOA OBSERVER) – A new analysis of all 142 stadiums built by China across 61 countries has determined they are being built with very specific goals in mind.

Hugh Vondracek is a Research Data Analyst at Rush University, Chicago. He concludes the theory that China builds stadiums to secure diplomatic recognition and natural resources is “empirically accurate,” based on his study of the stadiums’ locations.

“The presence of at least 142 stadiums in 61 different countries demonstrates just how attractive they are to both recipients and to China,” Mr. Vondracek wrote. He studied stadiums built between 1958 and 2016.

“There is a clear, accelerating distributive pattern giving quantifiable, empirical support to the proposition that China is deliberate and selective in using stadium diplomacy.”

In 2007, China spent US$40 million sports facilities for the Pacific Games Samoa hosted. It is still not fully known how much was spent on the 2019 Pacific Games, which China supported by hosting athletes for training, providing vehicles for transport, donating sports equipment and fabric for costumes and props and two fireworks shows worth of fireworks.

Vondracek said sport is the soft power tool of choice because it is relatively non-political.

“Billions participate, and it bypasses verbal or written communication, making it suitable for friendship-building,” he said.

“These modern stadiums are highly visible, tangible symbols of China to even the most marginal members of society in a way that traditional (western) and more anonymous forms of assistance are not

To test the theory, the analyst mapped out to what extent each stadium recipient country was China’s friend, or held resources China might be interested in.

Enduring friends are ‘early adopter states’ like Samoa, which recognised China within five years of its joining the United Nations in 1971 (Samoa and China formed diplomatic ties in 1976).

Vondracek found 70 per cent of all stadiums were built in enduring friend countries, and that of those, 67 per cent are considered resource rich or potentially so.

He says this proves that China builds stadiums to win friends and resources.

Globally, China builds the most stadiums in Africa. Senegal has the most with 12, followed by Ghana and Mali with six.

When plotting the stadiums, Vondracek also found a “marked acceleration in the use of stadium diplomacy.”

“This acceleration of soft-power usage mirrors China’s overall foreign aid expenditures and is in line with what one would expect to see from an economy that saw near double digit year-on-year growth for over a decade,” Mr. Vondracek points out.

“It also suggests that China finds increasing utility in this particular form of soft power.”

Speaking to the Samoa Observer, he said one cannot help but see the reality of ‘stadium diplomacy’ when spending time in the Pacific region.

China is not the only player to use this tool but it is the most prominent one, he said, with a stadium in just about every country China has diplomatic relations with.

“I guess it comes down to what are you trying to achieve with your engagement, is it development outcomes or building goodwill and influence,”  Pryke said.

“Stadiums don’t have a lot of development impact but they can build a heck of a lot of goodwill and influence.”

The challenge rising from these “free” stadiums is often the burden of maintenance costs they come with, and some often sit unused because they are not quite fit for purpose, Pryke said.

He said he is not surprised at the scale Vondracek analyses, or at the conclusions he found.

“No one is doing this stuff out of the kindness of their hearts, there is an agenda behind everything.

“China wants to have friendships and good relationships in the region and there is a lot of concern about their other objectives.

“Do they want fisheries or mining or strategic assets? No one knows and I think where a lot of anxiety comes from is what is the intention of China’s engagement in places like the Pacific.”

And while the Chinese Government does not make this explicit, some favours are expected from countries receiving stadiums, like support at the United Nations for example.

The one requirement that is explicit is the expectation to support the One China Policy, which asserts only the People’s Republic of China is the nation of China, and not the Republic of China (also known as Taiwan).

“There is no such thing as a free lunch, there is greater expectation rather than the One China Policy,”  Pryke said.

“It’s hard to know what exactly their objective is but I think it’s certainly more than just benign.”

He compared China’s aid to Australia, saying his home country’s version of development aid is more accountable to the taxpayer and so less likely to include large infrastructure projects.

“We won’t build stadiums for the Pacific because if we are going to spend that kind of money we want there to be development impact to justify it to the Australian taxpayer.

“There is a lot we do but in distinct ways from China,” he said.