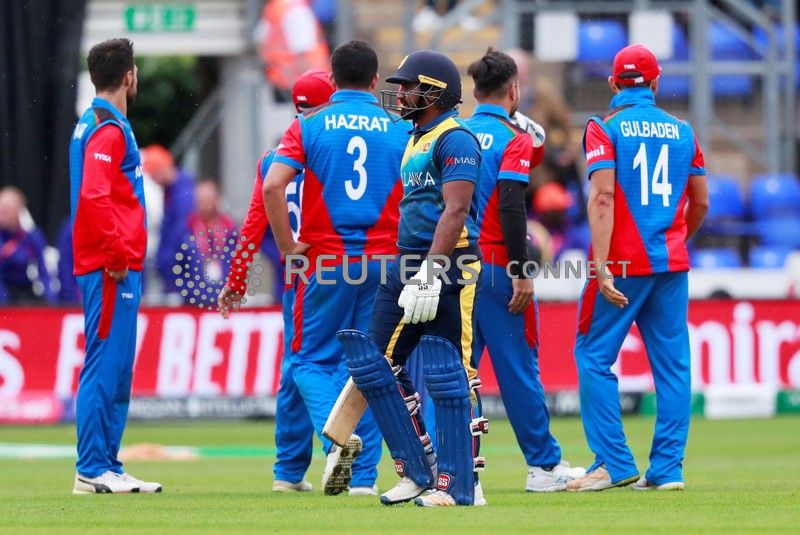 CARDIFF (Reuters) – Sri Lanka collapsed to 201 all out as Afghanistan grabbed nine wickets for 57 runs in a dramatic game to give themselves a chance of a big World Cup upset.

Sri Lanka made a promising start but fell apart in the middle order due to the wily spin of Mohammed Nabi and the seam bowling of Mohammad Shahzad.

After some good work by their openers, Sri Lanka made it to 144-1 before Nabi turned the match on its head with a brilliant spell of spin bowling in the 22nd over by grabbing three wickets in the space of five deliveries.

Sri Lanka slid steadily to 182-8 before play was paused due to rain.

Some big hits by the tailenders carried Sri Lanka over the 200 run mark after play resumed in a reduced 41 overs per side match.

Wicketkeeper-batsman Kusal Perera top-scored with 78 runs off 81 balls which included eight boundaries. But he ran out of partners at the other end and holed out in desperation.

Both the teams have lost their opening games at the World Cup and a loss for Sri Lanka against minnows Afghanistan would put the 1996 world champions in danger of being knocked out of the tournament.