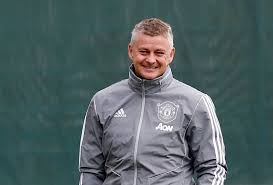 (Reuters) – Manchester United boss Ole Gunnar Solskjaer said he expects his players to hit the ground running when they face Tottenham Hotspur in their first game back when the Premier League season restarts this month.

Soccer in England has been suspended since mid-March due to the COVID-19 pandemic, but clubs have voted to restart the season on June 17.

United travel to Spurs on June 19 and Solskjaer said his squad will have to go into that game with the same mentality they had on the opening day of the season when they dominated Chelsea in a 4-0 win at Old Trafford.

“We’ve been looking forward to these games for ages really,” Solskjaer told United’s website here on Friday. “The first game is two weeks from today so we need to step up the training and get an edge to our game again.

“Everyone knows that we’ll have to be at our best, have to be focused (against Tottenham). We know it’s a big game for everyone.

“We had Chelsea when we started the league this season so I’m confident that our players can go into the Tottenham game with that mentality of going there to play a very good game of football.”

Fifth-placed United were on a 11-match unbeaten run in all competitions when the season was suspended and Solskjaer said they have been working on what they did right while also implementing “new ideas”.

“Training has been about recapping what we did well, tweaking maybe one or two things and looking at some new ideas,” Solskjaer added. “Hopefully we can see a lot of what we saw towards the end before the lockdown.

“We’ve got games coming weekend, midweek, weekend for a spell, so you have to focus on ourselves and not just on that one, first game.”