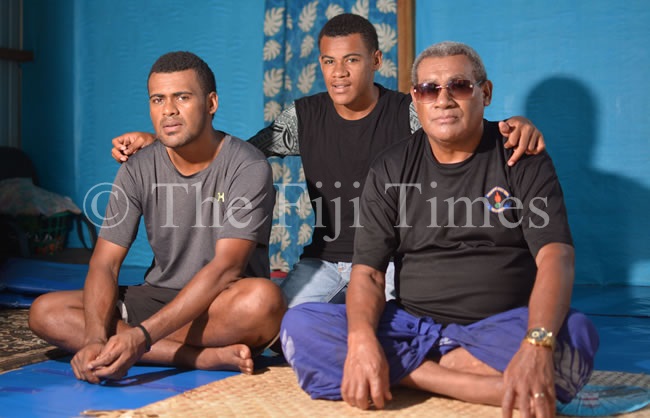 The 57-year-old has contributed immensely to the formation and development of many iTaukei bands.

Most of the groups he helped originated from his village at Nasau, Koro Island in the Lomaiviti Group.

Of all the bands he was associated with, perhaps the most popular Vunisasari was instrumental in forming was Voqa Ni Delai Dokidoki.

Dokidoki was a name synonymous with the emergence of iTaukei “boy bands” in Fiji.

Since his entrance into the local music scene in the 1980s, Vunisasari has penned numerous hits.

He has composed more than 150 songs so far and is still in the business of writing more.

This week we bring you the inside story of how music has enabled him to provide for his family.

Pioneer singer, composer and songwriter Vunisasari made a bold decision 15 years ago to bring his family to Suva in search for a better life and opportunities for his five children.

Around this time, he was composing for a renowned local boy band – Voqa Ni Delai Dokidoki.

According to Vunisasari, he had decided to return to the village but renowned music producer and recording engineer Manu Railoa saw the potential in him and advised him to remain in Suva.

“Manu saw the value in what I was doing,” Vunisasari said.

“He saw that I used to help all the bands who came into the studio to record their songs and so he told me not to go back.

“I then thought to bring my family over to Suva, I wanted better education opportunities too for my children.”

While in Suva, he briefly worked for a locally-owned hardware company before calling it a day.

He said while in Suva, his family was billeted at relatives’ homes until he finally earned enough to rent a house.

“Even though I was just staying at home after I left the hardware job, I still had money.

“This was the money I earned from writing songs and performing.

“That was when I was with the Delai Sea band which became quite famous at around that time too.

“After the band broke up, I wanted to go back to the village.”

Having spent most of his life at Nasau, Vunisasari always felt that after a successful music career, he would return to where it all started for him.

Serenading some of his original tunes which had become hits around a kava bowl after a hectic day at the plantation was something he longed to return to.

Fate, as it would have it, had something else in store for him.

The decision to return to Nasau was put off when Severe Tropical Cyclone Winston swept a path of destruction across his island home in 2016, causing severe devastation in his village, including his home.

Vunisasari said though he was getting money through his music, life became “a bit hard”.

“We then went and stayed with my eldest child before I finally bought a piece of land.”

This marked a new beginning for him and his family.

“I first started building this house with $5000. This was from the little money I earned through composing songs and performing with my two sons.

“I earn less from just performing, but I earn more from composing songs.

“If I earned $200, I’d use it to buy some timber and this way I continued to build our house slowly.”

The father of five intends to extend his now two-bedroom house in Newtown, Nasinu.

He said it was a myth that a career in music did not have financial rewards.

Vunisasari said if a musician treated composing or performing as a full-time job, one could become successful in their music career.

“I am a living testimony of this.

“I am able to put food on the table, send my children to school and build my house from the money I earned from my music.

“If one is to be successful in this profession, you have to be humble and make sure you perform – not for what you love but for what the different audiences love.”