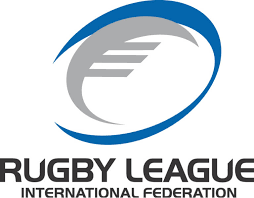 The membership has endorsed the name change and it is officially adopted from today.

“The Board and the membership have agreed that it is right to change our name and identity to better represent our position as a bold, modern and dynamic International Sports Federation,” IRL chair Graeme Thompson said.

“We will also be rolling out a comprehensive re-brand over the coming months as we implement several important and really valuable resources to support our membership and the fans of international rugby league, including a new, state-of-the-art website and portal.”

Last week, it was announced the IRL will have its own weekly podcast throughout the end of season international window.

It will be hosted by Michael Carbone, the current host of the popular Chasing Kangaroos podcast.

The programme will be released every Wednesday starting tomorrow and will cover all topics relating to international rugby league.

The first programme will feature IRL global operations manager Danny Kazandjian, together with guests from around the world who will be attending the world governing body’s annual Congress, taking place in Sydney from Tuesday through to Saturday.