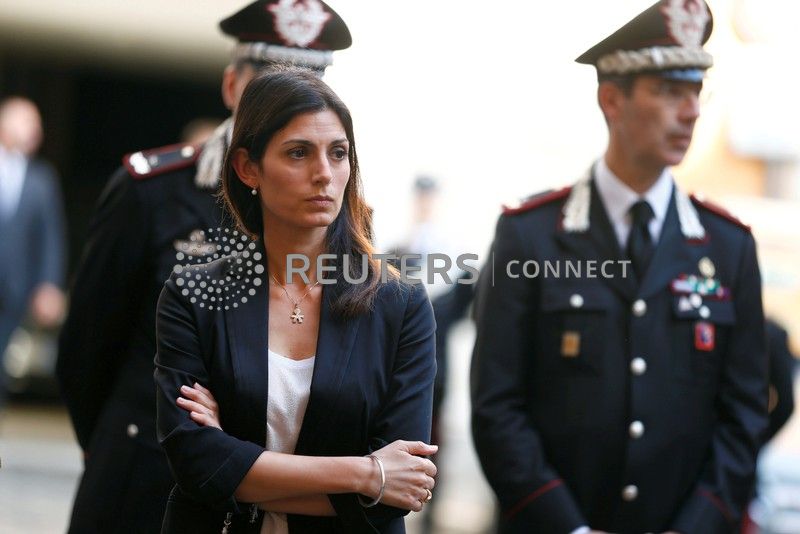 ROME (Reuters) – Rome Mayor Virginia Raggi said on Monday organised crime groups planned to kill her and her family because she was taking them on in parts of the Italian capital where they hold sway.

Raggi became the Eternal City’s first-ever woman mayor when she was elected in 2016 in a major breakthrough for her party, the anti-establishment 5-Star Movement, which now governs nationally. She is running for re-election next year.

She said in a pre-recorded television interview that the Casamonica family, notorious for its criminal activity, had targeted her after she demolished some of their illegally built villas in 2018, forcing her to live with a police escort.

“We have been informed that they were planning an attack against me and my family,” she added, without giving further details.

Raggi said she was also fighting other powerful mob families that operated in various quarters of Rome, such as the Spada family in the seaside neighbourhood of Ostia and the Marando family in San Basilio, on Rome’s eastern outskirts.

“There are parts of Rome where people come close to me to tell me to keep on fighting but then they move away because they are afraid of being seen by the clans,” she said in the interview on Canale 5.

Raggi has had a rocky time as mayor, with her first years in office dogged by legal difficulties and numerous defections from her city government.

In 2018 she was found not guilty of charges that she lied over the appointment of the city’s head of tourism, a job that went to the brother of one of her closest aides.

Prosecutors appealed against the acquittal and a new verdict is expected in the next few months.